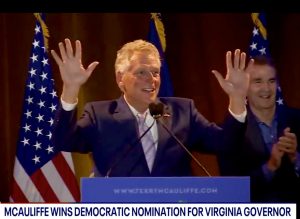 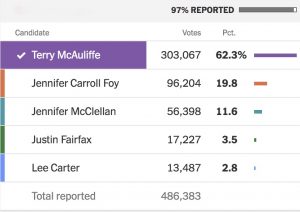 In the contest for Lt. Governor, State Delegate Hala Ayala, who represents Prince William County, won with 39.1% of the vote, followed by Delegate Sam Rasoul (Roanoke) at 25.3% and State Delegate Mark Levine (Alexandria) with 11.7%.

In the Virginia House of Delegates elections, where Democrats currently have a 55 to 45 majority, five incumbents lost their seats to primary challengers. 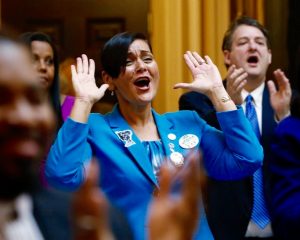 Ayala, 47, who is of Afro-Latina, Lebanese and Irish descent, would be the first woman of color to hold statewide office (Steve Helber/AP)

Manassas Delegate Lee Carter, who was also running for Governor, lost his seat to small-business owner Michelle Lopez-Maldonado, 38% to 44%.

Delegate Mark Levine, who was simultaneously running for Lt. Governor, lost his primary with 41% to Alexandria Vice-Mayor Elizabeth Bennett-Parker's 59%.

The strong turnout, the state's second highest for Governor, bodes well for Democratic enthusiasm in the post-Trump era. Roughly one fourth of the voters, 120,325, cast their votes early under Virginia's expanded early vote period. That represents a 78% increase in early voting over the 2017 primary. 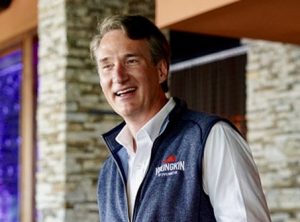 McAuliffe will face off in November against the Republican nominee, former private equity executive Glenn Youngkin, 54, who was chosen at the May 8th GOP convention.

McAuliffe wasted no time in tying Republican nominee Glen Youngkin to the controversial former President, who lost Virginia by over ten points in 2020, touting Trump's "complete and total endorsement" of the Republican newcomer. In his victory speech last night, McAuliffe said, "We cannot let Glenn Youngkin do to Virginia what Donald Trump has done to our country." 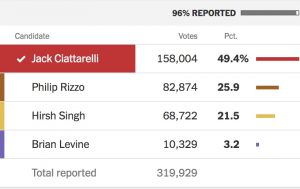 Ciattarelli, who ran unsuccessfully for the gubernatorial nomination in 2017, secured 49.4% of the vote, followed by Trump loyalist and  Hudson County church pastor Philip Rizzo, who garnered 25.9%.

Lt. Governor: The Lt. Governor, who has yet to be decided by Ciattarelli, runs conjointly with the gubernatorial candidate.

Jack Ciattarelli will face Incumbent Democratic Governor Phil Murphy, who was unopposed in the Democratic primary. Current Lt. Governor Sheila Oliver will be running on the ticket again with Murphy. 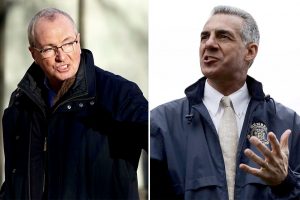 Although Murphy (D) leads Ciattarelli (R) by significant margins in polling, no Dem governor has been reelected since 1977 (Seth Wenig, Julio Cortez/AP)

In the New Jersey State Senate, where Democrats currently hold a 25 to 15 majority, only seven of the 40 seats were contested.

In the General Assembly, where Democrats hold a 52 to 28 majority over Republicans, only twelve were contested.