Going into the contest, progressive leader Turner, a former state senator who built a national reputation as the former Co-Chair of Senator Bernie Sanders' presidential campaign, was favored over Brown, a protégé of Fudge's who was considered the "establishment" candidate. 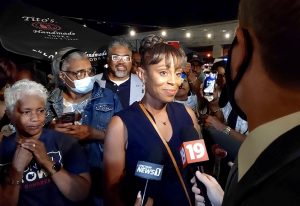 Although Fudge, as a member of Biden's Cabinet, could not formally endorse, an ad featuring the support of Fudge's mother for Brown saturated the airwaves in the final days of the campaign.

While Sanders (D-VT) and popular congressional members of the "Squad" came in to campaign for Turner, Brown had the endorsement of Hillary Clinton, Congressional Black Caucus Chair and Ohio Congresswoman Joyce Beatty, and Congressman James Clyburn (D-SC) who stumped for Brown in the final days.

Collectively, the candidates in the special election for Ohio's 11th CD raised nearly $7 million, making it the most expensive special US House election in 2021.

Although an apparent setback for progressives, Turner's personal, sometimes "hostile" style dominated her politics -- one effectively portrayed in a sweep of attack ads highlighting her anti-Biden, anti-Democratic Party comments. 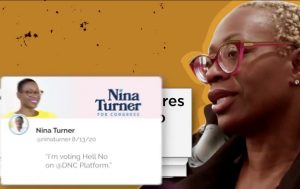 Brown will face Republican Laverne Gore in the general election November 2nd. However, in the deeply blue Democratic district that covers Cuyahoga County and Summit County, including most of the majority-black precincts between Cleveland and Akron, the Democratic nominee is heavily favored.

Stivers, who left Congress in May to take a job as CEO of Ohio's Chamber of Commerce, represented the historically Republican, Columbus-based district since 2011.

The primary contest was followed closely as a test of Trump's sway in the district v. the GOP establishment, particularly after the Trump-backed candidate lost in the July 27th Texas special general election between two Republicans. 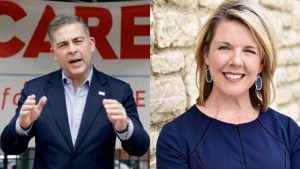 The 11-person field, however, split the vote among several viable contenders who drew high-profile endorsements and support.

Trump's Make America Great Again Action PAC made a final-week purchase of over $348,000 worth of advertising to support Carey, while LaRe benefited from over $300,000 pumped into the race from Stiver's former campaign account.

In the Democratic primary contest, State Representative Allison Russo swept to victory with 84.2% of the vote over Greg Betts 15.8%.

The two contests close out six of this year's seven US House Special Election primaries, with one remaining, in Florida's 20th CD to replace the late Alcee Hastings, scheduled to take place on the same day as the November 2nd nationwide general election.

Other August 3rd Election Results: Mayors
In the officially nonpartisan Mayoral Primary in Detroit, Michigan, incumbent Mayor Mike Duggan (D) dominated the vote with 72.4%, followed by attorney and former Deputy Mayor Anthony Adams (D) with 10%. As the top vote-getters, the two will face off in the November general election. 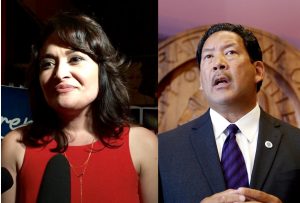 In Seattle, Gonzalez and Harrell to face off in November (KUOW/AP)

In the Lansing, Michigan Mayoral contest, incumbent Andy Schor (D) and At Large Councilmember Kathie Dunbar (D) advanced to the general election. In the crowded primary, Schor secured 48.9% to Dunbar's 20.2%, followed by At Large Councilmember Patricia Spitzley with 16.3%, and three other candidates below 9%.

In the open, nonpartisan Seattle, Washington Mayoral Primary, former City Council President Bruce Harrell (D) and current Council President Lorena González (D) are headed for a November matchup. Harrell led a 15-candidate field with 38.2% of the vote, while Gonzalez took close to 28.5%. The next closest contender, Colleen Echohawk, was a distant third at 8.3%.

August 24, 2022 Voters in Florida and New York went to the polls Tuesday to decide, among others, critical statewide races, the victors of two House special elections, and a historical showdown...