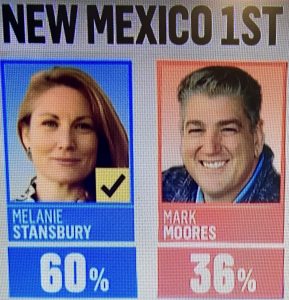 The special election was the first federal race to pit one Democrat against one Republican since Democrats took the White House, and one closely watched as a test of messaging by both parties.

Haaland, elected to Congress in 2018, won reelection in 2020 by 16 points, and Joe Biden won the district by 23 points in the 2020 presidential election. Had Moores come within single digits in his loss to Stansbury, it would have affirmed Republicans' playbook in the battle for the US House next November.

That strategy relied largely on tying Stansbury to "radical" defund the police reform proposals and painting the former State Representative and all Democrats as anti-law enforcement. 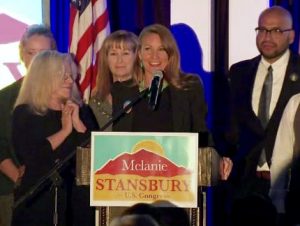 The election brings the Democrats' narrow majority in the US House to 220-211, with four vacancies.

The remaining special elections for those seats, which include a runoff in Texas, two in Ohio, and one in Florida, are not expected to change partisan hands - which would bring Democrats' lead to just nine seats.

Democrats, however, still have a large historic hill to climb.

A number of mayoral elections have also taken place in the last month.

May 4: In Cincinnati, Ohio Mayoral Primary
Democrats Aftab Pureval and David Mann prevailed in the open primary where the top two vote-getters advance to the general election in November. 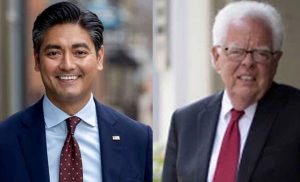 Appointed interim Mayor Austin Quinn-Davidson, the first woman and openly gay person to serve as mayor of Anchorage, declined to run in the 2021 election to a full term. 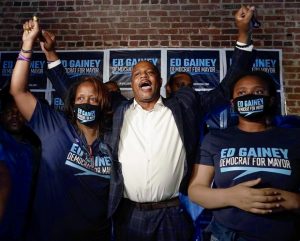 No Republicans filed to run in the race and, unless a write-in candidate enters, Gainey will run unopposed in the general election on November 2, 2021. If victorious, Gainey would become Pittsburgh's first Black mayor.

September 14, 2017 In following on our rundown on vulnerable House Republicans, a look at the most competitive Democratic seats in the 2018 battle for control of the House. Democrats hold 194...