Voters in five states went to the polls yesterday, with the presidential at the top of the ticket in Georgia and West Virginia, and the regularly scheduled primaries for congressional and legislative elections held in Nevada, North Dakota and South Carolina.

The voting comes amid a country that is still navigating the challenges of voting during the age of the coronavirus, further amplified by the civil unrest of the last two weeks. While most states have shifted to predominantly mail-in balloting, in-person voting is still permitted and voters are turning out in record numbers to wait in line for hours to register their voices in one of the most critical elections in US history. 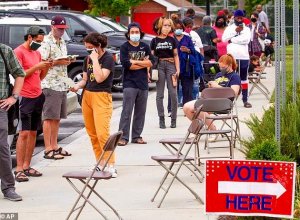 Nowhere were the challenges more evident than in Georgia yesterday, where voters were still waiting in line past midnight at polls, many in extreme heat or rain.

While the lines were compounded by the lack of poll workers, the mass "meltdown" in Georgia, was attributed to the systematic breakdown of new voting machines -- primarily in majority minority precincts.

Georgia was ground zero for voter disenfranchisement in 2018, in the nation's highest-profile Governor's election, which witnessed a huge surge in minority turnout. In that contest, Republican Brian Kemp, who at the time was Secretary of State and in charge of running the election, won by 50,000 votes over Stacey Abrams, the African-American former State House Minority Leader.

While Georgia has long been a GOP stronghold, voting for the Republican candidate in the last five presidential elections, Democrats have made significant gains in the growing and shifting voter demographic -- putting the state in play as a presidential battleground for the first time in decades. 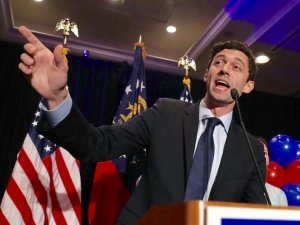 In addition to the presidential primary, which Joe Biden won with 83.7%, Georgia was holding primary elections for one of two US Senate races up in November.

In the regular election to challenge incumbent Republican Senator David Perdue, John Ossoff won the Democratic nomination with 48.7% over Teresa Tomlinson @14.7%, Sarah Riggs Amico at 13.2%, and four other contenders.

The second Senate race, a special election to fill the remaining term of retiring Republican Johnny Isakson, will be decided in November.

In Georgia's Sixth Congressional District, former Congresswoman Karen Handel (R) will attempt to retake the seat she lost to Democrat Lucy McBath in 2018. Handel served for less than a full term after defeating Jon Ossoff in a high-profile April, 2017 special election by 3 points.

In the Seventh District open seat being vacated by GOP Congressman Rob Woodall, Democrat Carolyn Bourdeaux, who lost to Woodall by less than 500 votes in the 2018 general election, will face Republican Rich McCormick. 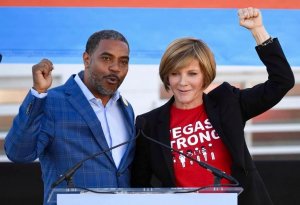 In the competitive Fourth District, incumbent Democrat Steven Horsford will defend his seat against Republican nominee and former State Assemblyman Jim Marchant. Horsford was first elected to Congress in 2012, then lost re-election in 2014 before reclaiming the seat in 2018.

Although the Nevada Secretary of State's Office ordered the election be held entirely by mail, thousands showed up election day to wait in line up to seven hours to vote in the limited in-person polling places. 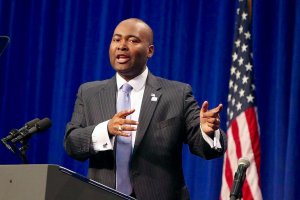 South Carolina
In the historically red state, former State Democratic Party Chair Jaime Harrison will be challenging three-term Senator Lindsey Graham, a close Trump ally and one of the Senate's most visible and vocal members as Chairman of the Senate Judiciary Committee.

in what was originally thought to be an unwinnable contest, Harrison has broken statewide fundraising records, reporting $19 millon to Graham's $25 million in the first quarter of 2020.

Democratic Congressman Joe Cunningham (D), who flipped the First District's Charleston-based seat in 2018, will be challenged by Republican Nancy Mace, the first woman to graduate from the Citadel.

West Virginia
Incumbent West Virginia Governor Jim Justice, was elected as a Democrat in 2016, then switched parties with the public support of Donald Trump in 2017, handily fending off six primary challengers. The Mountain State's only billionaire, the controversial Justice will be challenged by Kanawha County Commissioner Ben Salango who was supported by Democratic US Senator Joe Manchin and the state's labor movement.

In West Virginia, where only 20% of voters voted absentee, Joe Biden won the presidential primary with 65.3% of the vote.

According to The New York Times, Tuesday's primary results bring Joe Biden's total pledged delegates to 2,136 to Bernie Sanders 1,047, with 14 delegates yet to be assigned. Biden passed the 1,991 threshold on June 5th to officially clinch the Democratic nomination.