Voters in Kansas, Arizona, Michigan, Missouri, and Washington went to the polls yesterday, resulting in the ouster of one incumbent Democrat by a progressive insurgent in Missouri, and the defeat of an ultra-conservative Trump ally in Kansas' GOP primary.

KANSAS
In the most watched contest of the day, the US Senate Republican primary has been called for Congressman Roger Marshall who is prevailing 40.3% to 26.3% over ultraconservative former Kansas Secretary of State Kris Kobach. 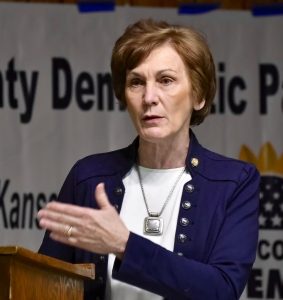 Kobach, a Trump ally, lost the 2018 Kansas gubernatorial race to Democrat Laura Kelly, and has been a controversial lightening rod for national Republicans who feared that his candidacy would endanger the seat held for four terms by retiring GOP Senator Pat Roberts.

Although the less-conservative Marshall is a more appealing candidate, he is far from securing victory against Democratic nominee and State Senator Barbara Bollier.

Bollier, a retired anesthesiologist and former Republican, changed her party affiliation in December of 2018 and has the support of the Democratic Senatorial Campaign Committee (DSCC), former Kansas Governor and Obama HHS Secretary Kathleen Sebelius (D) and Governor Laura Kelly.

She has also been a fundraising juggernaut, raising a record-breaking $7.8 million. In head-to-head polling in June, Bollier and Marshall were in a statistical dead heat.

In Kansas' Second Congressional District, freshman GOP Congressman Steve Watkins lost his primary to Kansas State Treasurer Jake LaTurner, after being charged with three felonies related to voter fraud. Watkins won the Eastern Kansas seat by less than 1% in 2016, even though Trump won the district by 19 points.

LaTurner will go head-to-head against Democratic nominee and Topeka Mayor Michelle De La Isla in November in the potential pickup seat for Democrats.

ARIZONA
In the GOP US Senate primary, freshman Senator Martha McSally easily fended off a primary challenge from conservative businessman Daniel McCarthy, 76% to 24%, to advance to the general election against formidable Democrat challenger Mark Kelly, who was unopposed in the primary.

McSally, a former Congresswoman and US Air Force Colonel, was appointed by Governor Doug Ducey in 2018 to serve as interim Senator following the death of the late John McCain (R).

In one of 2020's highest profile Senate races, Kelly, a former astronaut and co-founder of Americans for Responsible Solutions with his wife, former Arizona Congresswoman Gabby Giffords, has shattered fundraising records for the state.

Kelly has raised more than $46 million to McSally's $30 million, and is leading her by an average of 7% in late July polls.

Democrats are looking for a Kelly win to take them one step closer to taking control of the US Senate. They are also counting on Kelly's coattails to flip the state, which Trump won by 4% in 2016, from red to blue. 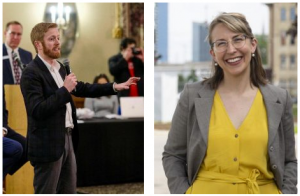 MICHIGAN
In the US Senate primaries, both incumbent Democratic Senator Gary Peters and his Republican challenger, former combat veteran John James, run unopposed. According to a RealClearPolitics average of five polls taken between July 18-July 26, 2020, Peters was holding an average lead of 9.4% over James in the presidential battleground state.

In the 13th Congressional District Democratic Primary, freshman Rashida Tlaib, a member of the infamous "squad" of four first-term congresswomen of color, beat back a primary challenge rematch with Detroit City Council President Brenda Jones, whom Tlaib beat by about 900 votes in 2018. With 90% of the vote reporting, Tlaib led 66.1% to 33.9%. Tlaib is expected to prevail over general election opponent David "Dude" Dudenhoefer. 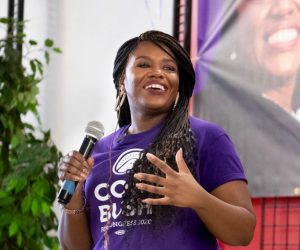 In the wake of the George Floyd killing, however, Bush's activism and visibility increased considerably, as did her fundraising, which fell just $200,000 behind Clay's going into the primary. Bush also drew national attention when profiled in an award-winning documentary, along with New York Congresswoman and "squad" member, Alexandria Ocasio-Cortez.

Bush was endorsed by Ocasio-Cortez' Justice Democrats, Vermont Senator Bernie Sanders and Jamaal Bowman, who himself unseated a longtime incumbent, New York Democratic Congressman Eliot Engel, in a another high-profile primary win for progressives in June. If elected to the heavily-Democratic seat, Bush would become the state's first Black woman in Congress.

Another major election in Missouri on Tuesday was not for public office, but for a Missouri Medicaid Expansion Amendment to the state constitution, to make Missouri the 38th to expand Medicaid under Obamacare. The amendment, which will extend health coverage to as many as 217,000 low-income people, passed 53.3% to 46.7%. 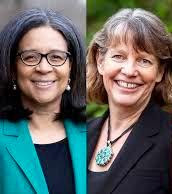 With 50% reporting in Washington state's all-mail primary election, Inslee had received 51.9% to Culp's 16.8%, followed by 34 other candidates who received 7.3% or less. Inslee and Culp will now advance to the general election November 3, 2020.

In the primary for Lieutenant Governor, it appears four-term Congressman Denny Heck, with 28%, and fellow Democrat State Senator Marko Liias, @17%, are the two top vote-getters and will face each other in November.

Next Up: Tennessee's State Primary this Thursday, August 6th.