Two of the last five presidential primary elections were held yesterday -- in Delaware, and in New Jersey, which also held its regularly-scheduled state primaries for statewide executive offices, legislature and congressional seats.

As with other primaries since the onset of the coronavirus pandemic, the final outcome will not be determined until the majority mail-in balloting is counted, but preliminary elections results did provide a few take aways.

NEW JERSEY
At the top of the ticket, with 35% reporting, the presidential primary was called for Joe Biden (87%), and the US Senate Democratic primary for incumbent Cory Booker (@89%). 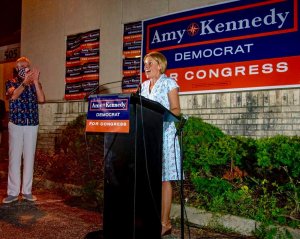 While there were no cliff-hangers, the topline was the advancement of Amy Kennedy, wife of former Rhode Island Congressman Patrick Kennedy, to the general election against GOP Congressman Jeff Van Drew in the closely-watched Second Congressional District contest.

With 49% reporting, Kennedy, a mental health care advocate and former teacher, led with 59.3% to closest rival Brigid Callahan Harrison at 25.5%.

The moderate swing seat was held by twelve-term Republican Congressman Frank LoBiondo until his retirement in 2018, when then-Democrat Jeff Van Drew won the open seat. Van Drew, however, flipped to the GOP party on December 19, 2019, the day after he became one of only two House Democrats to vote against both articles of impeachment against Trump.

Retribution for Van Drew's defection, potentially at the hands of a member of the Democratic Party's most famous political family dynasty, boosts the profile on this race. 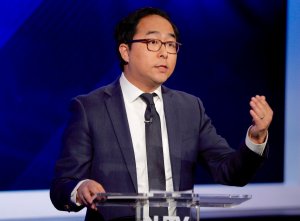 In the vulnerable swing district, which includes Burlington County and portions of Ocean County, Kim himself flipped the seat in 2018, unseating two-term incumbent Tom MacArthur (R) by 1% point.

Democratic Congressman Josh Gottheimer, who flipped the Fifth Congressional District in 2016 to win his seat, appears to have fended off a primary challenge, 69%-31%, by progressive Arati Kreibich, who had the support of Senator Bernie Sanders. Gottheimer will be opposed by Republican Frank Pallotta in the general election in the high Democratic performing district.

DELAWARE
In Joe Biden's home state, the former Vice President secured all 21 delegates in the presidential primary for a total now of 2,450 to Bernie Sanders' 1047. On June 6th, Biden surpassed the 1991 threshold necessary to secure the Democratic nomination for President.

UPDATE ON THE UNDECIDED
New York
In New York's primary, held on June 23rd, counting of the roughly 384,000 absentee ballots cast by New Yorkers has begun as the outcome of a few close Democratic primary contests still hang in the balance. 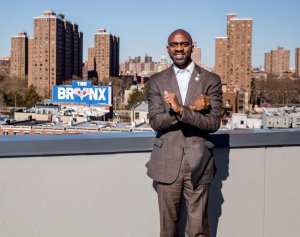 All eyes are on the Democratic primary in the 12th Congressional District, where four-term Congresswoman Carolyn Maloney narrowly leads Suraj Patel by 648 votes after in-person ballots were counted.

According to the New York Board of Elections, Torres led Blake by 4,098 votes after in-person votes were tallied, but with an estimated 18,600+ absentee ballots to be totalled, Blake is not conceding.

In another competitive Democratic primary too close to call, Perry Gershon leads Nancy Goroff by less that 200 votes in the First Congressional District where they are vying to challenge three-term incumbent Republican Lee Zeldin.

Presidential: Next up are the final presidential primaries in Louisiana on July 11th, Puerto Rico on July 12th, and Connecticut on August 11th.

February 11, 2020 With today’s New Hampshire primary contest, the presidential primary season is well underway, and the focus shifts to the state-by-state count of delegates that will lead...

July 30, 2018 The civil rights movement has had many faces throughout history, but among the lesser known soldiers are Americans with disabilities. It was not until July 26, 1990 that the...