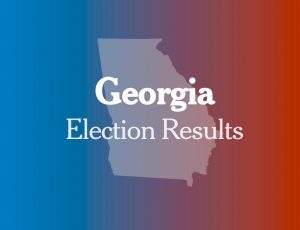 GEORGIA
In the marquee US Senate race, the general election between incumbent Democratic Senator Raphael Warnock and Republican Herschel Walker is now officially underway. Walker, a Georgia football legend who has the support of former President Donald Trump, secured the GOP nomination with 68.2% of the primary vote.

In the Governor's race, incumbent Governor Brian Kemp survived a high-profile challenge, defeating primary challenger and former US Senator David Perdue 73.7% to 21.8%. In an added insult, former Vice President Mike Pence did a last-week stretch of campaigning for Kemp, who incurred Trump's wrath after refusing to reject the 2020 presidential election results in Georgia.

Kemp and Democratic nominee Stacy Abrams will now face off in a historic rematch of their legendary 2018 gubernatorial contest which ended, amid controversy, with Abrams coming within 55,000 votes of defeating Kemp. Pre-primary polling showed Kemp leading Abrams 50%-45% in a head-to-head matchup. 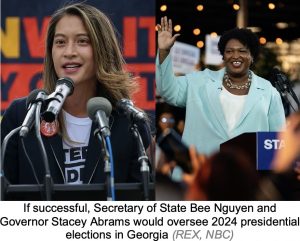 In the Secretary of State's GOP primary, incumbent Brad Raffensperger defeated State Representative Jody Hice 52.3% to 33.4% to win the nomination outright. Raffensperger was thrust into the national spotlight after rejecting Trump's pressure to overturn the 2020 election results.

The Democratic nomination is going to a June 21 runoff between State Representative Bee Nguyen, who garnered 44.2% of the primary vote, and former State Representative Dee Dawkins-Haigler who placed second with 18.7%. Nguyen, who drew national attention for challenging Republican voter fraud conspiracy theories in the 2020 elections, would become the first Asian American candidate elected to statewide office.

In the GOP primary for Attorney General, incumbent Chris Carr secured 73.7% of the vote to easily defeat challenger John Gordon, who campaigned on Trump’s allegations of election fraud. Carr will face Democrat nominee Jen Jordan, a State Senator, in the general election.

In the newly redrawn Seventh Congressional District: which pitted two incumbent Congresswomen against each other, Lucy McBath prevailed over Carolyn Bourdeaux, 63% to 30.7%. The GOP nomination is going to a runoff between Michael Corbin (41.2%) and Mark Gonsalves (27.3%).

The Republican nomination is also going to a runoff in the Second, Sixth, and 10th Congressional Districts. 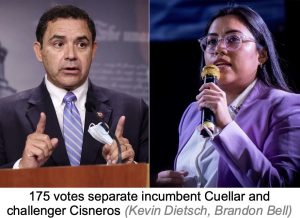 TEXAS RUNOFF
In the runoff in the 28th Congressional District, embattled nine-term incumbent Henry Cuellar is leading progressive challenger Jessica Cisneros 50.2% to 49.8%. As of Wednesday afternoon, with 99% of the vote reported, just 175 votes separated the two candidates.

Cisneros came within 4% of beating Cuellar in the 2020 Democratic primary.

Regardless of the outcome after outstanding mail-in votes are counted, the election is expected to go to a recount. The winner will face former Deputy State Director for Senator Ted Cruz, Cassy Garcia.

In another rematch, Democrat Mike Collier will go up against incumbent Republican Lt. Governor Dan Patrick, whom Collier came within 5% of beating in 2018. 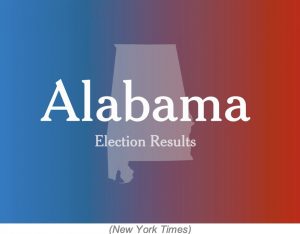 ALABAMA
The US Senate GOP primary is going to a June 21 runoff between former Chief of Staff to retiring Senator Richard Shelby Katie Britt, and Congressman Mo Brooks.

Britt secured 44.7% of the vote, short of the 50+1% needed to avoid a runoff. Brooks experienced a late surge in the race, moving past Mike Durant, 29.1% to 23.3%. Although Trump provided an early endorsement to Brooks, a close ally, the former president withdrew his support in March as polls showed Brooks losing ground.

The Republican nominee will face Democratic nominee pastor Will Boyd in the general.

Governor Kay Ivey fended off eight primary challengers to secure renomination with 54.4%. The Democratic nomination will go to a runoff between retired educator Yolanda Flowers, who received 33.8%, and State Senator Malika Sanders-Fortier, who secured 32.5%.

ARKANSAS
Incumbent Senator John Boozman fended off three primary opponents with 58% of the vote. Trump endorsed Boozman, despite attacks by other primary contenders that Boozman was disloyal to Trump for accepting the results of the 2020 election. 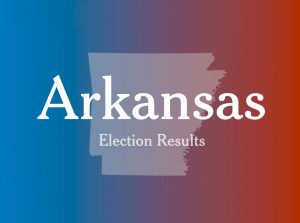 MINNESOTA
A special election was held Tuesday in southern Minnesota's First Congressional District to fulfill the remaining term of the late Republican Congressman Jim Hagedorn, who lost a battle to cancer in February.

Former Hormel Foods CEO Jeff Ettinger swept the eight-way Democratic primary with 64.4%, while the GOP contest for the August 9 special general election is still too close to call.