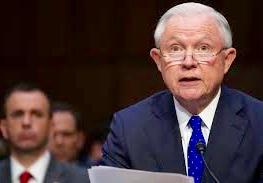 Sessions goes down! Trump called his former AG not "mentally qualified" and a "disaster" (Chip Somodevilla)

The election was the final nail-in-the-coffin for the three-decades long political career of the conservative Alabama politician, who was the first to endorse Donald Trump in the 2016 presidential primary election, and who is now, for the second time, a victim of the President's rage.

Sessions, who held the Senate seat for twenty years, relinquished the seat in February, 2017 to become Trump's US Attorney General, only to later be forced out in November, 2018.

In the richly red state, which Trump won by 28 points, the President's public attacks against Sessions, whom he never forgave for recusing himself from the investigation into Russian involvement in the 2016 election, dealt their intended blow.

Tuberville bested Sessions 60.7% to 39.3% to win the nomination to face freshman Democratic Senator Doug Jones, considered to be Democrats most vulnerable incumbent.

A pre-runoff July 2-9, 2020 survey conducted by Auburn University showed Tuberville ahead by 8 points in a head-to-head matchup with Jones.

MAINE
In the US Senate Democratic primary, Speaker of the Maine House of Representatives, Sara Gideon, prevailed over activist Betsy Sweet, and attorney Bre Kidman, garnering 70.3% of the vote. 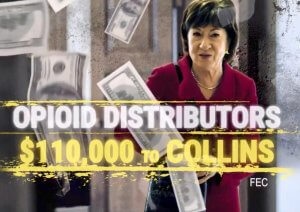 Gideon will take on incumbent Senator Susan Collins, a moderate Republican who has been elected four times in a state which otherwise has voted Democrat in every presidential election since 1992.

In what is already the most expensive contest in the state's history, Gideon, who had the early backing of the Democratic Senatorial Campaign Committee (DSCC), has amassed a formidable war chest for her challenge, raising over $23 million to Collins' $16.2 million through the June 24 pre-primary period.

In the unexpectedly competitive primary contest, Hegar, who had the blessing of the Senate Democratic Campaign Committee (DSCC), fended off a late surge by West, who had the backing of the Congressional Black Caucus (CBC), and an increased profile amid the George Floyd murder and calls for police reform. 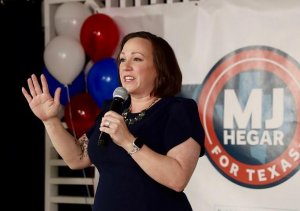 While Texas has been a reliably red Republican stronghold for decades, shifting demographics and college-educated white professionals who are defecting to the Democratic Party put the race in play.

This is underscored by the groundbreaking US Senate campaign of Beto O'Rourke, who came within three points of beating Republican Senator Ted Cruz in 2018.

In the open 24th Congressional District seat being vacated by retiring GOP Congressman Kenny Marchant, Candace Valenzuela defeated Kim Olson in the Democratic primary runoff, 60.4% to 39.6%. Valenzuela, who was endorsed by former HUD Secretary Julian Castro, US Senators Elizabeth Warren and Kamala Harris, would be the first Afro-Latina member of Congress. She will go up against GOP nominee and former Irving Mayor Beth Van Duyne in the top targeted race.

Puerto Rico's July 12th presidential primary also went to Biden with 67.8% and 42 pledged delegates to Sanders at 13.5% with three delegates, and four delegates yet to be assigned.