Earth Day has taken on a more urgent meaning for the environment as the protections for our natural resources, communities and, on a very real scale, our climate, have experienced historic setbacks under the Trump administration.

During the campaign Trump railed against climate change as "a hoax," appointed like-minded cabinet officials, and wasted no time in rolling back landmark environmental advancements and policies enacted by his predecessors. 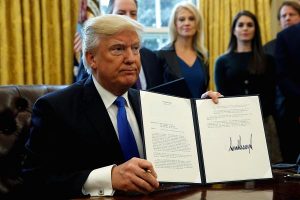 -  Freezes grants and contracts for EPA.
-  Prohibits researchers and staff at EPA and Department  of Agriculture from communicating on federal policy with outside world or news media.
-  Mandates that scientific studies at EPA undergo review by political appointees before being released to public.
-  Requests a list of all federal employees working on global warming from the Department of Energy. 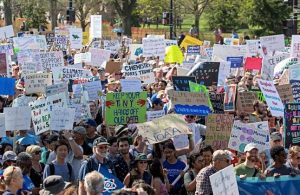 March for Science on Earth Day

March, 2017
- Secretary of Interior Ryan Zinke orders lift of 2016 moratorium on all new coal leases on federal land, and demands a "re-examination" of climate change policies within the Department of Interior.
-Orders 1) review the Clean Power Plan, an Obama-era EPA rule regulating carbon dioxide from fossil fuel-burning power plants; 2) lift the moratorium for coal mining leases on public lands; and 3) remove greenhouse gas emissions from calculations made by National Environmental Policy Act.
- Proposes the EPA's budget cut by 31%, the largest among all government agencies (by end of 2017 the EPA lost 700 employees, including 200 scientists).

June, 2017
- President Trump announces the withdrawal of the US from the Paris Climate Accord, the landmark environmental agreement aimed at combatting global warming, and signed by 195 nations at the 2015 United Nations Climate Change Conference in Paris.
- Sets off an unprecedented global reaction and condemnation from world leaders, lawmakers, scientists and corporate CEOs, to religious organizations and environmentists. 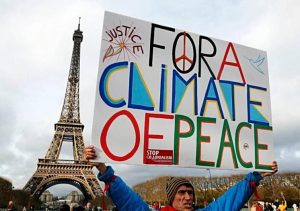 October, 2017
- Eliminates the 2015 Clean Power Plan, which mandated cuts in carbon emissions, the single biggest contributor to the country's overall carbon footprint.
- Interior proposes auctioning off oil and gas leases for 77 million acres of federal waters within the Gulf of Mexico, the largest lease auction ever announced.

November, 2017
- In defiance of Trump, a report from 13 federal agencies says humans are main cause of global warming.

December, 2017
- Opened up development of 2 million acres of public monument lands, the largest rollback of federal land protection in United States history.
- Drops Climate Change from national security threat list, overturning Obama 2015 assessment of its threat as "urgent," given its effects on natural disasters, conflicts over food and water, and refugee crises. 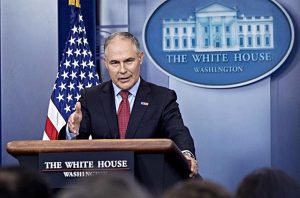 January, 2018
- Announces plan to allow new oil and gas drilling in nearly all of our nation's coastal waters.

- Members of civilian National Park System Advisory Board, first chartered by Congress in 1935, quit over Interior Secretary Zinke's refusal to meet with them.
Just one of 200+ advisory boards reviewed by Interior and EPA, many of which have been disbanded.
- Trump EPA drops "once in, always in" (OIAI), a Clinton-era policy to lock in reductions of hazardous air pollution from industrial sources. 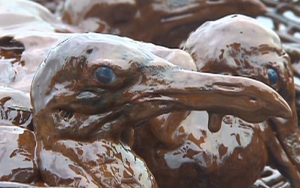 March, 2018
- United States Federal Emergency Management Agency (FEMA) strikes "climate change" and associated verbiage from its strategic plan -- following one of the most expensive years of natural disasters in history.

April, 2018
- EPA reviews fuel efficiency standards for cars and light-duty trucks - part of rollback of Obama-era initiative to curbcarbon emissions.
- Interior proposes removal of the US Fish and Wildlife Service's (FWS) "blanket section 4(d) rule" which, since the 1970s, has protected threatened species under the Endangered Species Act (ESA).