Now less than six months before the November 3, 2020 elections, and with the opposition defined, both camps are unleashing their campaign ads in what promises to be record spending on political advertising. 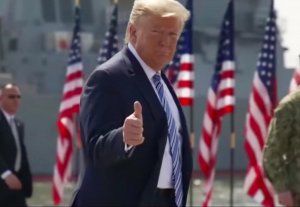 Although digital, or social media, spending is expected to account for 20% of spending, broadcast TV is set to receive the largest portion, at least 60%, of candidates' spending as the most effective vehicle for reaching voters, particularly those still confined, by law or by choice, to home.

However, political campaigning during a pandemic, like life itself under the novel coronavirus, is uncharted territory, and one both campaigns have tried to balance amid the unprecedented disaster that has claimed the lives of over 90,000 Americans.

Trump had relied on a robust economy as the centerpiece of his campaign, but in its ravaged state, coupled with the national and international criticism of the President's delayed, erratic and irresponsible response to the crisis, his campaign has gone on the offensive. 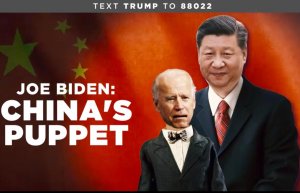 Earlier this month, Donald Trump's reelection campaign launched its first major TV ad blitz since COVID consumed the country. In an effort to redefine the narrative, one ad focuses on his "leadership" in managing the coronavirus crisis and his efforts to open up the country and the economy.

Pro-Trump ads this month in key battleground states now outnumber Democratic ads for the first time this year, by a margin of about 2 to 1.

According to the New York Times, in May alone, the Trump campaign has spent or reserved about $7 million on television airtime in local markets.

As anticipated, the media campaign also includes of wave of attack ads against presumptive Democratic nominee Joe Biden, who is leading Trump in national polls and most battleground states. 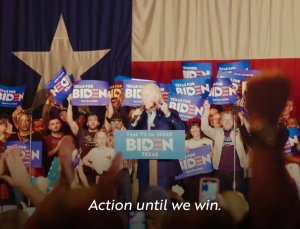 The ads, playing primarily in swing states, attempt to portray Biden as a "puppet" of China, where the coronavirus originated, highlighting positive statements he made about the country when he was Vice President. Some attack Biden on NAFTA, support for the Green New Deal and Iran.

Other television and online ads attempt to define Biden as mentally unstable, saying "geriatric health is no laughing matter." Biden, 77, is four years older than Trump.

The Biden campaign, with approximately one-fourth of the fundraising war chest that Trump's has on-hand, released a positive ad this week, seemingly determined not to be dragged into Trump's negative feeding frenzy. 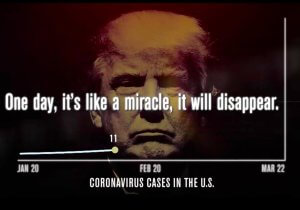 "Join the movement" promotes Biden as a leader of a movement marked by "kindness," "humility," and "empathy ...it's who we are, it's who we always have been." It is a coming-together piece, punctuated with images of former primary rivals campaigning for Biden and, of course, shots with former President Barack Obama.

While the Biden campaign itself may be staying on a positive message, Democratic super PACs are waging their own anti-Trump ad war. Priorities USA, which expects to spend $150 million before the convention, recently launched a $6 million TV and digital campaign in Florida, Michigan, Pennsylvania and Wisconsin that attacks Trump for his failed handling of the coronavirus pandemic.

Sadly, the numbers of coronavirus cases depicted in the ad, produced weeks ago, have now quadrupled.

August 27, 2021 On Tuesday, the US House of Representatives passed H.R.4, the John Lewis Voting Rights Advancement Act, named after the late civil rights icon and Georgia Congressman. The bill...