Members of the Electoral College are meeting in all 50 state capitols and DC today, December 14th, to cast their votes to complete the official process of making Joseph Biden the "President-Elect." 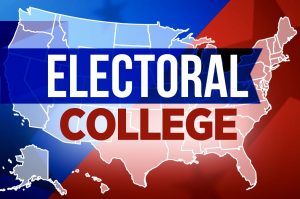 While the process, mandated under the Constitution, is normally a low-key ritual without fanfare, it has taken on additional significance as President Trump continues to try to overturn the results of the election.

On Friday Trump lost a last ditch legal effort before the US Supreme Court which rejected, by 9-0, a lawsuit filed by the Texas attorney general to overturn millions of votes in four states. This morning, Wisconsin's Supreme Court denied another challenge from Trump's campaign just before the state's electors were scheduled to meet.

The Electoral College is a group of 538 representatives or "electors," chosen by each state party, who pledge to cast their state's votes for the presidential candidate who wins the popular vote margin within that state.

At 12:25pm ET today Stacey Abrams and Georgia electors awarded all 16 votes to Joe Biden. The first time in 28 years they have gone to a Democrat.

From coast to coast today, each state elector signed and sealed six certificates listing their votes for president and vice president on separate ballots.

These are paired with certificates from the governor's office showing the state's vote totals and sent to Congress, to arrive no later than December 23rd. The other certificates are sent to the state's secretary of state, to the National Archives, and to the federal court of the district in which the electors have assembled.

Joseph Biden is expected to receive 306 electoral votes to Donald Trump's 232, unless a "faithless elector" changes his or her vote.

Electors are not required to vote the same way that their state voted, but in most states they face a fine or misdemeanor charge for voting against the will of their state. This year the US Supreme Court unanimously upheld laws across the country that   punish or remove "faithless electors." 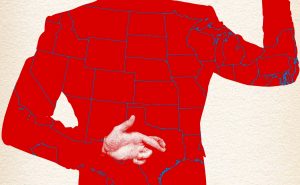 Prior to 2016, when seven electors bulked on their committed votes, there had never been more than one faithless elector in any presidential election since 1948.

Although it is a rare occurrence, it has never been enough to shift the result.

Today's vote will officially affirm Joe Biden and Kamala Harris as the elected 46th President and Vice President of the United States. The results then go to Congress for certification of the numbers.

Congress Counts and Certifies
On January 3, 2021 the newly-elected 117th US Congress will be sworn into office. Three days later, on January 6th, members of Congress will count the electoral votes.

The Senate and House will meet in a joint session of Congress to read aloud the state-by-state tally of the results and, once the requisite 270 electoral votes to win is met, the "announcement shall be deemed a sufficient declaration of the persons, if any, elected President and Vice President of the United States." 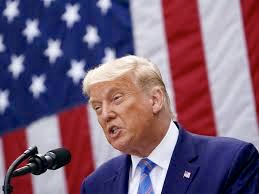 This procedure, however, provides Donald Trump with one final opportunity to disrupt the process.

Although debate is prohibited during the reading of the electoral vote certificates, an objection signed by at least one House member and one from the Senate, may be made in writing.

The presiding officer, who would be Vice President Mike Pence, would determine whether these objections are in order or not. If the objection is ruled in order, the joint session is suspended so that the House and Senate can separately debate, which requires a simple majority to pass. Both chambers, however, must agree to an objection for it to proceed -- a highly unlikely outcome, given Democrats' control of the House. 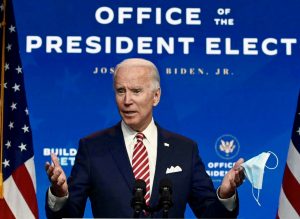 Inauguration
On Wednesday, January 20, 2021, Joe Biden and Kamala Harris will be sworn into office as President and Vice President of the United States.

DemList will once again be the central source and calendar for all things inaugural. Follow the Dailys for updates.

Related: DemDaily: The 59th Inaugural: What We Know.

DemDaily: The True Cost of TrumpCare

The American Health Care Act (AHCA) or “Trumpcare,” which includes recommendations passed by the House Energy and Commerce Committee and the House Ways and Means Committee, was...