Tuesday's primaries in Massachusetts signaled change, but not as much for Democrats as for diversity.

Following an astounding upset of a twenty-year incumbent Democrat, the Bay State is set to send its first female African American Member to Congress, and add more women to a list of elected officials that already boasts a US Senator, Attorney General, State Treasurer and Auditor.

Highlights
US Senator Elizabeth Warren, who was unopposed for the Democratic nomination, will be challenged by Trump-alligned State Representative George Diehl, who swept the GOP primary with 54.9% to John Kingston's 27% and Beth Lindstrom with 18.1%. 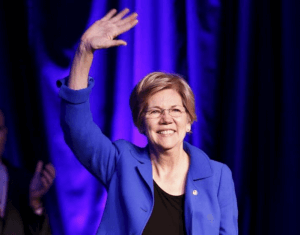 Elizabeth Warren is Running - for a second US Senate term (pic: PBS)

Warren, who is often touted as a potential presidential candidate, unseated then-Senator Scott Brown (R) to win in 2012 and is heavily favored to win a second term.

Massachusetts, where incumbent Republican Governor Charlie Baker is seeking a second term, is holding one of the 36 gubernatorial contests up in 2018.

Gonzalez, who served as the former Massachusetts Secretary of Administration and Finance under former Governor Deval Patrick, defeated environmental activist Robert Massie, who was endorsed by the Bernie Sanders group. 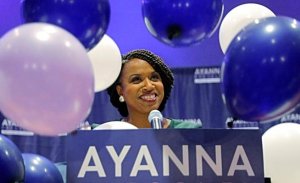 The "change" movement may benefit Gonzalez, who faces a tough battle against Baker, a popular moderate with a comparatively significant campaign warchest and who has won Democratic support with his criticism of President Trump.

The biggest upset of the night was the defeat of Democratic Congressman Mike Capuano, 66, by Boston City Councilor Ayanna Pressley, 44, in the Seventh Congressional District primary.

The message from the voters appeared not to be one of ideology -- as both candidates hail from the progressive wing of the party -- but one of change, with Pressley defeating the ten-term incumbent, 59% to 41%.

Massachusetts' 7th District, once represented by John F. Kennedy, is the only district in New England where racial minorities outnumber whites, and Pressley's strong grassroots campaign capitalized on a strong turnout from youth voters and people of color.  While Capuano received most of the institutional support from fellow elected members, Pressley had the backing of liberal organizations like Indivisible and Democracy for America. 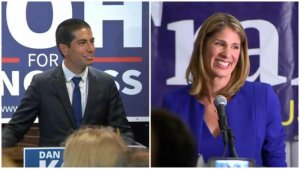 52 Votes separate Koh and Trahan in the 3rd CD

In the ten-candidate Third Congressional District primary contest to replace retiring incumbent Niki Tsongas, the race is too close to call.

All ballots have been sealed by the Massachusetts secretary of state in anticipation of a recount. The winner will face Republican businessman Rick Green in the November general election.

Sidenote: Arizona Governor Doug Ducey appointed former US Senator Jon Kyl to temporarily fill the seat of Senator John McCain, who passed away from brain cancer August 25th. Kyl will serve until November, 2020 when a special election will be held for the Senate seat.

Kyl, who served as US Senator from 1995 to 2013, has been acting as chief advisor to President Trump on the Supreme Court nomination of Brett Kavanaugh. Now, as interim US Senator, he will have the opportunity to vote on that nomination.

April 6, 2021 Several key decisions are expected in the coming months as the Supreme Court of the United States (SCOTUS) enters the final phase of its 2020-2021 term. Among the high-profile cases...

July 20, 2021 Now over six months since the January 6, 2021 Insurrection at the US Capitol, House Democrats and Republicans have chosen members of the United States House Select Committee on the...