In the latest developments in the ever-evolving 2020 election calendar, and in three very different state experiences this week, Marylanders elected a new Member of Congress, Ohio held its first mail-in primary, and New York cancelled its presidential primary. 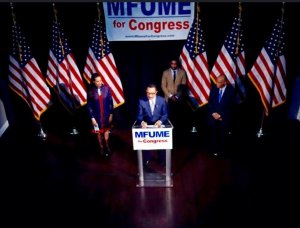 Mfume, 71, social distancing during acceptance speech, will have to run for a full two-year term again in November.

Mfume's victory in the mostly vote-by-mail contest marks his return to Congress in the same Baltimore-based seat he held for a decade before leaving in 1996 to become President of the National Association for the Advancement of Colored People (NAACP).

Under the new challenges of elections in the age of the coronavirus, the state had just three, heavily-regulated polling stations for voters who chose to cast their ballots in-person.

By all accounts, the election was a successful first test for Maryland under the new restrictions of the pandemic, and an important one prior to its larger presidential, state and local primaries, rescheduled for June 2nd.

OHIO
Originally scheduled for March 17th, Ohio became the first state, following a contentious legal battle, to delay its primaries due to risks over the coronavirus pandemic.

In the critical battleground state, which Trump won by 8% in 2016, the six-week delay did little to quell the confusion for an estimated 1.3 million voters who cast ballots for the presidential, congressional and state legislative races.

Voters wishing to vote by mail had three choices for requesting a mail-in ballot: 1) call an overwhelmed board of elections; 2) on the assumption that all voters had internet, computer and printer access, download and mail-in, with their own postage, the request; or 3) mail a handwritten request by providing a lengthy list of information listed online, some of which required a copier.

Absentee ballots had to be postmarked by April 27th, or dropped off at a local board of elections on April 28th. Thousands did not receive their actual ballot by election day, and others were forced to deliver their ballots in person, forcing the increasingly familiar decision of risking their health versus participating in the democratic process. 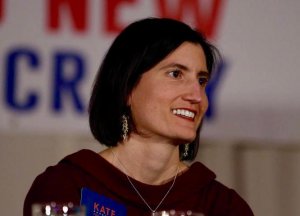 In the First District, Ohio's most vulnerable incumbent, 13-term Republican Steve Chabot, will be facing Kate Schroder, who, for the last decade, has worked with Bill and Hillary Clinton's Health Access Initiative.

Although Sanders suspended his campaign April 8th, and fully endorsed Biden on April 13th, he is keeping his name on the ballot in all remaining primary states to secure as many delegates as possible in order "to exert significant influence over the party platform" at the Democratic Convention in August.

NEW YORK
Sixteen states have now postponed or extended their Democratic presidential primaries due to the coronavirus pandemic, including New York, which on Monday became the first state to outright cancel its (re)scheduled June 23d presidential primary.

New York has been the epicenter of the coronavirus crisis in the United States, and its Democratic Governor, Andrew Cuomo, has been hailed as the reasoned voice and daily counterpart to President Trump's own erratic press conferences. 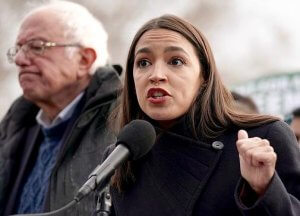 Ocasio-Cortez: Notion that NY primary cancellation was made with public health in mind, "Wrong!" (GregNash/TheHill)

New York's Republican presidential primary was called off earlier this year, as no candidates aside from President Trump qualified for the ballot.

With Biden as the presumptive nominee, the Board of Elections followed suit on the Democratic primary, with Board Co-Chair, Douglas Kellner, telling the New York Times, "What the Sanders campaign wanted is essentially a beauty contest that, given the situation with the public health emergency, seems to be unnecessary and, indeed, frivolous."

While voting will continue as planned on June 23 for congressional and state-level races, the cancellation of the primary was reportedly made to ease the burden for election workers who are already facing unprecedented administrative challenges.

The decision was met with immediate backlash from Sanders supporters, with the campaign's senior adviser, Jeff Weaver, called the cancellation a "blow to American democracy," and New York Congresswoman and prominent Sanders supporter Alexandria Ocasio-Cortez (D), calling it "completely wrong."