17 people dead, 14 of them children. Yesterday's tragic shooting at a Parkland, Florida High School was the 18th school shooting of 2018.

The murders were among now hundreds of mass shootings (deaths of 4 people or more) over the last fifty years in a country - our country - that boasts a gun-related murder rate 25 times higher than any other high-income nation. 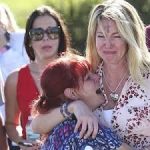 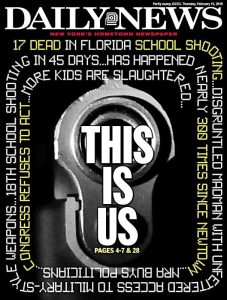 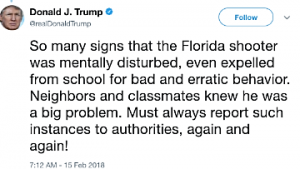 Attempts in recent years to further regulate firearms have been unsuccessful - hindered, in part, by a Republican controlled US House and Senate, and the power of the National Rifle Association (NRA) - which claims approximately 1/5 of gunowners as members and boasts an annual budget of $250 million.

In 2016 the NRA spent approximately $4 million on lobbying and direct political contributions and $50+ million on political advocacy, including $30 million to help elect Donald Trump president.

President Trump's response to Wednesday's tragedy avoided mention of guns, blaming it on the mental health issues of the gunman.  Last February Trump repealed an Obama-era rule that would have made it harder for people with mental illness to buy a gun.

Links
Sign A Petition to Congress: Change.Org
DemDaily: Too Soon for Texas  11/6/17