Now that the Democratic Party has a presumptive nominee, the Veepstakes may formally begin! 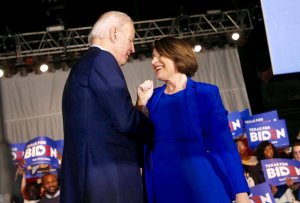 The unprecedented chain of events that propelled Biden to an unobstructed path to the nomination, gives him and the Party the advantage of picking a Vice Presidential nominee months ahead of the Democratic Convention -- now postponed to August 17th due to the coronavirus pandemic.

At age 77, Biden, should he be successful, will also be the oldest president entering the oval office, shifting the priorities of the many considerations given to choosing a running mate.

In the March 15th Debate between Biden and then-rival Bernie Sanders, Biden committed to picking a woman as his #2, narrowing his choices to a field of less than a dozen, and a likely short list of 3-4.

Most of the names are familiar, including the three former presidential candidates, Senator Kamala Harris (CA), Senator Amy Klobuchar (MN) and Senator Elizabeth Warren (MA). For our followers, a rundown on the considerations, and the basic background of the contenders is below. 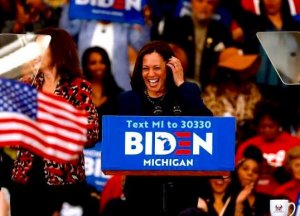 Basics and Background
1) Geography: Historically the primary factor; the internet and ability to reach voters daily online has changed the equation. In 2020, however, when the election may come down to a handful of midwest or rustbelt states, geography is again front and center.
Advantage: Baldwin, Klobuchar, Whitmer. All in battleground states.

2) Experience: The role of the VP has expanded substantively, with foreign and domestic policy experience, and Hill relationships, a plus. Biden reported wants someone who can take over on "Day One, ready to serve."
Advantage: Warren. Harris and Klobuchar get points as Senators and former prosecutors, and Whitmer, who has the administrative experience of a Governor. 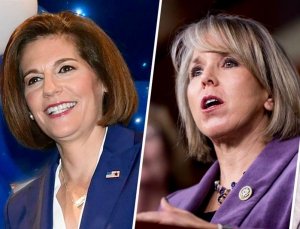 3) Age: Although not always synonymous with experience, it makes a difference in balancing a gender gap at the top of the ticket, and in this case, a prime factor in that Biden is unlikely to run for a second term. Advantage: All but Warren, who is 70.

4) Compatibility: Together or apart on the campaign trail, the Presidential and VP nominees must be able to work together as a genuine team, including the practical assimilation of staff, consultants and operations.
Advantage: Harris and Klobuchar, both who provided critically-timed endorsements for Biden, and who have been raising funds and campaigning online for Biden.

5) Ethnicity and Gender: A critical consideration to the opposing ticket and platform that could swing a tight presidential. Some feel picking a minority woman is essential for Biden, and more specifically, one from the African American community, which is credited with delivering him the nomination. 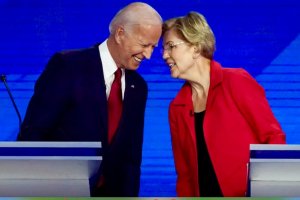 Advantage: Harris, Abrams, Demings, Rice. Masto or Grisham could also shore up Biden with Hispanic voters, which favored Sanders in larger numbers in the primary.

6) Ideology: A more conservative or liberal VP can expand the ticket's appeal to a broader voting constituency, but the team should not be ideological or publicly opposed on major issues.
Advantage: Warren, who is in the best position to unite the progressive wing of the party and Sanders supporters, 10%+ of which defected to Trump in 2016. Klobuchar is the most attractive in appealing to the center of the party.