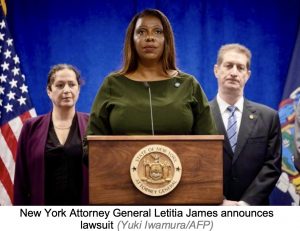 That includes a review of literally millions of documents and interviews with more than 65 witnesses, including several of Trump's inner circle who face legal charges of their own and are now testifying against him.

Over a dozen people from the Trump Organization have been arrested, indicted or imprisoned and several others have hired criminal defense attornies. 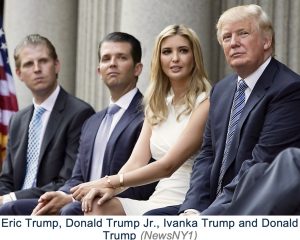 James is also seeking to permanently bar Trump, his sons Donald Trump Jr. and Eric Trump, and his daughter Ivanka Trump, from serving as an officer of a company or doing business in New York state, including buying new properties and taking out new loans in the state for five years. In addition, she is seeking to have the defendants repay around $250 million obtained through fraud.

The Allegations
The alleged scheme, as succinctly described in The Atlantic, is straightforward. "Trump would use different valuations for properties depending on what he needed: When he wanted to lower his taxes, he’d claim a low valuation; if he wanted to obtain loans on more favorable terms, he would inflate the valuation. His overarching goal was to inflate his claimed personal net worth year over year, which in turn allowed him to obtain better loans by personally guaranteeing them -- all built on bogus claims about his assets."

The suit alleges that “the number of grossly inflated asset values is staggering, affecting most if not all of the real estate holdings in any given year.”

According to the complaint, “All told, Mr. Trump, the Trump Organization, and the other Defendants, as part of a repeated pattern and common scheme, derived more than 200 false and misleading valuations of assets included in the 11 Statements covering 2011 through 2021.”

Next Steps
The civil lawsuit could drag on for years before resolution, which is likely to come in the form of a settlement.

In the interim, while James can't bring criminal charges in this case, she said that evidence obtained during the civil probe suggested that federal crimes may have been committed as well. That includes bank fraud and making false statements to financial institutions.

he has referred the case to the IRS and the US Attorney's office in Manhattan, which has been conducting a mirror criminal investigation of Trump and his company, described by Manhattan District Attorney Alvin Bragg as "active and ongoing."

Bragg has already charged the Trump Organization with criminal tax fraud and is preparing for an October 24 trial where longtime Chief Financial Officer Allen Weisselberg, who has pleaded guilty to 15 felonies, is expected to testify against the company.

In addition to New York Attorney General's lawsuit and its criminal referral to federal prosecutors, Trump faces major investigations including the US Government's case involving top-secret materials recovered from Trump's personal residence at Mar-a-Lago. Last Wednesday, a three-judge panel, two of whom were appointed by Trump, overturned US District Court Judge Aileen Cannon's ruling blocking the Department of Justice (DOJ) from reviewing roughly 100 documents marked as 'classified" as part of a criminal inquiry. 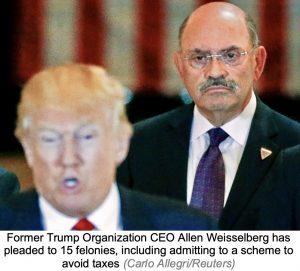 Trump is also being investigated by Georgia prospectors regarding his efforts to pressure the Georgia Secretary of State to overturn the state's 2020 election results.

Although indictments are not expected for months, at least people, including Trump himself, have been notified they are targets of the criminal investigation.

Then, of course, there are the multiple investigations and lawsuits related to the January 6th Capitol insurrection, including that of the DOJ, one of the largest in its history.

Next Up
The release of the lawsuit comes as the January 6th Committee prepares to conduct its ninth hearing this Wednesday, September 28 at 1:00pm.

December 22, 2021 Twas days before Christmas and throughout the Senate and House, not a staffer was stirring, nor moving a mouse. The great halls were silent, with Congress on recess, granted a...

February 13, 2019 The Democratic National Committee meets in Washington, DC this Thursday through Saturday for its Winter Meeting to discuss organization and strategy leading up to the 2020...