In the wake of Super Tuesday's primaries, the Democratic presidential field lost yet another contender today as candidates in US Senate races celebrated primary victories. 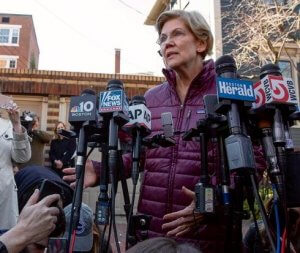 PRESIDENTIAL
Massachusetts Senator Elizabeth Warren dropped out of the race for the White House today. She declined to endorse either Joe Biden or Bernie Sanders, who are now in a two-person contest for the Democratic nomination.

I will not be running for president in 2020, but I guarantee I will stay in the fight for the hardworking folks across this country who have gotten the short end of the stick over and over. That has been the fight of my life and it will continue to be." -- Elizabeth Warren

In the interim, Bernie Sanders has been declared the winner of Tuesday's California primary, the last remaining state to be called. Although final results and delegate allocation won't be fully tabulated for at least a week, with 87% of precincts reporting as of this morning, Sanders led with 38.8% to Biden's 25.1%, followed by Bloomberg at 14.1%, Warren at 12.2% and Pete Buttigieg at 6.2%.

US SENATE
Among Tuesday's contests were three contested Senate primaries in top tier races that could help reshape the balance of the US Senate, now controlled by Republicans 53 to Democrats' 47 (including two Independents). 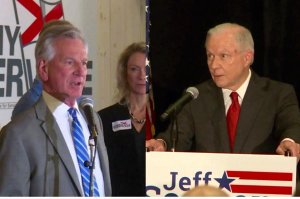 As no candidate received more than 50%, Tuberville and Session are forced in a runoff, which will be held March 31, 2020. In a nasty and negative primary battle both campaigned on their close relationship to Trump -- a difficult position for Sessions to claim.

Sessions, who held the Senate seat for twenty years, relinquished the seat in February, 2017 to become Trump's US Attorney General, only to later be forced out in November, 2018.

On Wednesday, Trump weighed in on Twitter, chastising Sessions for not winning the nomination outright. "This is what happens to someone who loyally gets appointed Attorney General of the United States & then doesn't have the wisdom or courage to stare down & end the phony Russia Witch Hunt."

NORTH CAROLINA
Former State Senator Cal Cunningham defeated four candidates in the Democratic primary for US Senate, garnering 57% of the vote, followed by Erica Smith with 35%.

Cunningham is challenging first term incumbent Republican Thom Tillis, who unseated Democratic Senator Kay Hagan in 2014 48.8% to 47.3%.  Tillis is high on the endangered list, with a January approval rating among North Carolina voters at 22%, and only 40% among Republican voters. 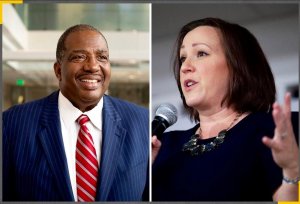 TEXAS
In the race to challenge Republican incumbent Senator John Cornyn, Democrats M.J. Hegar and Royce West are headed to a runoff May 26, 2020.

Hegar, a former Air Force pilot who has the blessing of the Senate Democratic Campaign Committee (DSCC), received 22.3% of the vote to 14.5% for West, a longtime State Senator. They triumphed over four other primary contenders.

While Texas has been a reliably red Republican stronghold for decades, shifting demographics and college-educated white professionals who are defecting to the Democratic Party put the race in play. This is underscored by the groundbreaking US Senate campaign of Beto O'Rourke, who came within three points of beating Republican Senator Ted Cruz in 2018.

October 21, 2021  Yesterday, three years and eight months after he executed one of the deadliest school shootings in American history, 23-year-old Nikolas Cruz pleaded guilty to 17 counts of...