The voting process for the presidential election, now just 56 days away, has begun!

Currently, 38 states and the District of Columbia permit no-excuse early voting in some form and all states allow for some form of absentee or mail-in balloting. However, some still require voters to provide a valid excuse for being unable to vote on Election Day -- even during the pandemic.

In addition to the traditional absentee voting, four-fifths of the states provide early voting in which a qualified voters may cast their ballots in person at a polling place prior to an election. 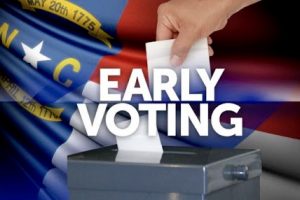 In the unprecedented environment of voting during the age of the coronavirus pandemic, it is anticipated that at least half the electorate will vote by mail or early in person, a process that has come under fire by President Trump as "fraught with fraud and abuse."

For our followers, the status of the early voting options in each state. As always, DemList will keep you informed on all updates and developments! 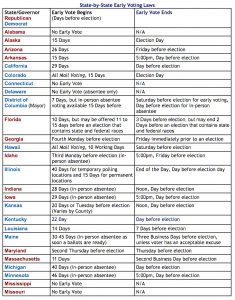 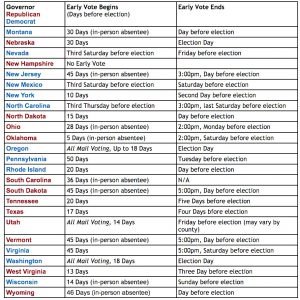 Information is drawn from numerous resources, which vary greatly. Let us know if changes or corrections!

June 8, 2017 Americans across the country tuned into the much-anticipated testimony of former Federal Bureau of Investigation (FBI) Director James Comey before the Senate Intelligence Committee...