DemDaily: The Status of our Election Security

DemDaily: The Status of our Election Security

One of the undisputed conclusions of Special Counsel Robert Mueller's report was that Russia interfered in the 2016 presidential election.

The shocking depth of the cyber attack, which included state and local governments, voter registration software and polling stations, has intensified the call for securing our elections. 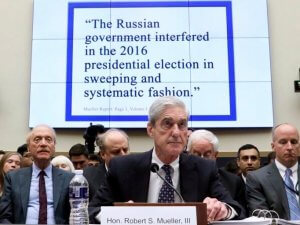 Legislating Election Security
In 2018 Congress appropriated $380 million to the Election Assistance Commission (EAC) to distribute to states ahead of the 2018 midterm elections. Experts, however, say it is a far cry from what is needed to secure our elections against attack by Russia and other countries in advance of the 2020 elections.

While election security is expected to be a high priority when Congress returns in September, extensive efforts to educate the public as to the true gravity of ongoing threat, and to pass corrective legislation, have been unsuccessful.

A number of bills have been put forth by Members of Congress, including legislation focused on regulation of online political ads, paper ballots, and voting machine security, but all legislation to-date has been blocked by Republican leadership. 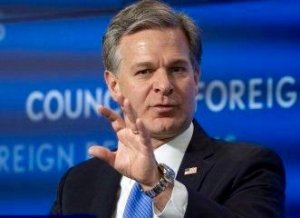 At the beginning of the year, House Democrats passed HR 1, the For The People Act which included a number of elections security measures.

In June, the Democratic House passed the Securing America's Federal Elections Act, or the Safe Act, which would provide $600 million to help states upgrade their voting systems.

The legislation would standardize election rules, require votes for federal office to be cast via paper ballots, and ban voting machines from being connected to theinternet and from being manufactured by a foreign country.

No action is being taken in the Republican-controlled Senate.

In July, the U.S. Senate Intelligence Committee, as a part of its own bipartisan investigation, concluded that election systems in all 50 states were targeted by hackers linked to the Russian government

Senate Majority Leader Mitch McConnell has repeated blocked votes on election security, claiming the bills to be partisan and an attempt to federalize elections. 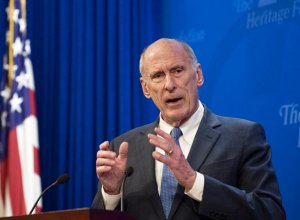 "Despite growing awareness of cyber threats... nearly all information, communication networks and systems will be at risk for years to come." -- fmr National Intelligence Director Dan Coats

"Moscow Mitch," as he is now dubbed by Democrats, points to a bill passed in recent months that would make it a federal crime to hack any voting systems used in a federal election -- but that does not address the larger cyber epidemic.

Two more well-received bills were blocked in the Senate prior to the August recess, including one by Minnesota Senator and 2020 presidential candidate Amy Klobuchar, to require backup papers ballots and funding for improving security to the states.

Another, by Senator Mark Warner (D-VA), who is Vice Chair of the Senate Intelligence Committee, would require campaigns to report contacts with foreign nationals seeking to interfere in elections.

There is a host of other related legislation that, unless Congress acts in September, will remain dormant in the US Senate.

Turning Up the Heat
In the interim, the Democratic National Committee, is not standing idly by.

In effort to bring home the threat to the 2020 elections, the DNC put on their own cyber attack demonstration this month in Las Vegas -- at Defcon, the nation's largest gathering of hackers. 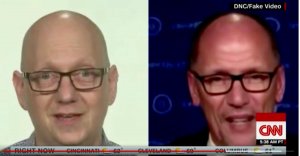 In a "deepfake video," DNC Chief Security Officer Bob Lord and team used artificial intelligence to make what appeared to be a live video of DNC Chair Tom Perez coming to the audience via skype.  It showed Perez apologizing for not being able to make the event, synched with altered facial expressions and Lord's dubbed voice.

No one was the wiser until Lord explained after that it was all digitally contrived.

With the hiring of Lord, former head of information security at Yahoo, in January of 2018, the DNC ramped up their cyber security efforts on an unprecedented level. Election Integrity and "Safeguarding the Right to Vote," will be one of the hot topics at this week's DNC meeting in San Francisco.