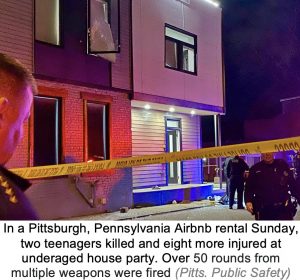 Thirteen mass shootings occurred across the United States last weekend, amidst a rise in fatal shootings nationally that continues to haunt our country -- one that boasts a gun-related murder rate 25 times higher than other high-income nations.

Over that two-day period alone, mass shootings, those involving injury by gun to four or more people, not including the shooter, occurred in ten states, killing 10 and wounding over 60 more -- bringing this year's total to 146.

They are a stark reminder that gun violence in America is still one of the most pressing issues of our time, albeit one that continues to be buried among other legislative priorities. Until, of course, the next mass shooting. 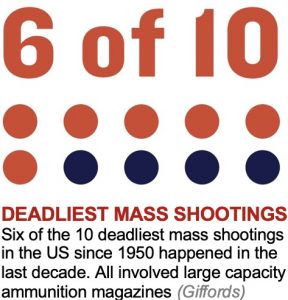 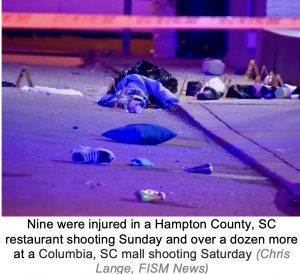 Congress
The last major piece of gun control legislation to make it into law was the 1994 assault weapons ban, which expired in 2004. Repeated attempts to renew it have failed.

With the 60-vote threshold needed to override a filibuster in the US Senate at present, the chances of passing related legislation appear out of reach for this Congress. Under the 117th Congress, most recent efforts include: 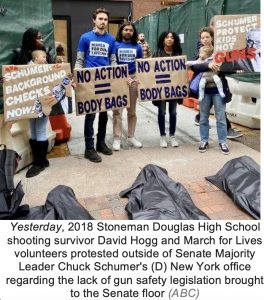 Versions of the Extreme Risk Protection Order Act have been introduced in the House and the Senate but have not made it to a vote. Also known as "red flag laws," the legislation encourages states to allow family members or law enforcement officials to petition a judge to temporarily remove a firearm from a person in crisis.

Other stalled legislation includes the Firearms Retailer Code of Conduct Act of 2021, which sets new legal requirements for firearms retailers, and the Equal Access to Justice for Victims of Gun Violence Act, which would remove barriers to holding irresponsible gun industry actors accountable.

Also on hold: The Gun Violence Prevention Research Act of 2021, which authorizes funding for the Centers for Disease Control (CDC) to research firearm safety and gun violence prevention. 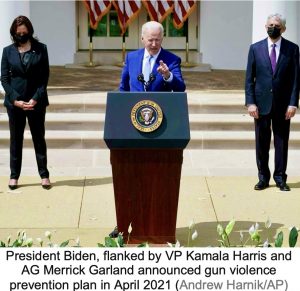 Administration
In lieu of Congress' failed efforts, the Biden-Harris Administration is pursuing executive avenues to address what President Biden has called the "gun violence public health epidemic" -- releasing a comprehensive strategy to reduce gun-related crimes within months of taking office.

Although the White House points to the fact that Biden has made more progress on related executive actions than any other President during their first year in office, many of the administration's April 2021 goals are still tied up in the regulatory review process.

* Directing the Department of Justice (DOJ) to propose a regulation to stop the proliferation of deadly, untraceable "ghost guns" made from kits. In February 2022, the DOJ launched the National Ghost Gun Enforcement Initiative to train prosecutors and provide investigative resources to help them pursue offenders of ghost gun crimes.

On April 11, 2022, the DOJ issued its final rule banning the manufacturing of ghost guns and clarifying that they do qualify as firearms under the Gun Control Act of 1968. The rule also turns some ghost guns already in circulation into serialized firearms. 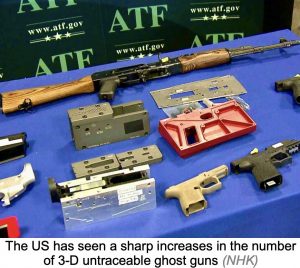 The rule also requires federally licensed firearms dealers to retain key records until they shut down their business or licensed activity in order to aid law enforcement in tracing firearms.

* Directing DOJ to propose a regulation ensuring that stabilizing arm braces that circumvent the law on dangerous short-barrel rifles are subject to the National Firearms Act. A proposed rule was issued in June 2021. 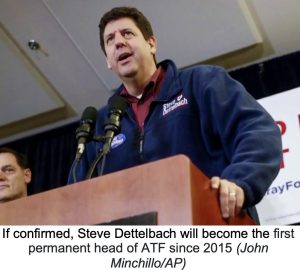 Other intergovernmental programs include the Department of Veterans Affairs' public education campaign on the safe storage of firearms. a multi-agency joint effort to address lethal means safety, and expansion of the Domestic Violence Homicide Prevention Firearms Technical Assistance Project (FTAP) program and funding to communities.

* On April 11, 2022 Biden nominated former US attorney for the Northern District of Ohio Steve Dettelbach to serve as Director of the Bureau of Alcohol, Tobacco, Firearms and Explosives (ATF). Biden's original nominee, former ATF special agent and gun safety advocate David Chipman, withdrew in September 2021 after he fell short of the votes for confirmation.

The States
State laws, and those of the District of Columbia and US territories, vary considerably and are independent of existing federal firearms laws.

While 44 states have a provision in their state constitutions similar to the Second Amendment's right to keep and bear arms, many have enacted responsible gun safety laws in response to the gun violence crisis.

Of the 10 states with the strongest gun laws, seven of them have the lowest gun death rates. California continues to have the strongest gun safety laws in the country, while Mississippi, which has the highest rate of gun deaths per 100k people at 28.6, has the weakest. 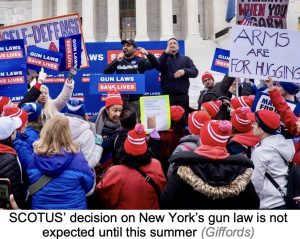 At issue is whether the state of New York's denial of petitioners' applications for concealed-carry licenses for self-defense violated the Second Amendment, setting up a challenge to the meaning of the "right to bear arms." It is the first substantial case involving gun laws since 2010's McDonald v. Chicago when the court ruled for the first time that people have a constitutional right to have a gun in their homes for self-defense.

Background: New York law imposes strict limits on carrying guns outside the home, requiring applicants seeking a license to carry a handgun in public to show “proper cause.”

The New York State Rifle and Pistol Association, along with two of its members who failed to obtain a permit, challenged that law, seeking to make the issue of permits no longer discretionary. In August 2020, the US Court of Appeals for the 2nd Circuit upheld the New York law and the petitioners appealed to the US Supreme Court. 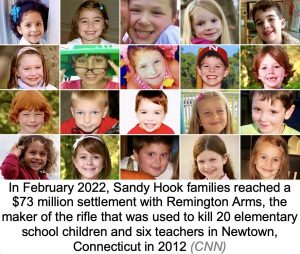 Outlook: Based on questions from the justices during the November 2021 arguments, It appears likely that the High Court's 6-3 conservative supermajority will overturn the New York law, upending the way the state regulates firearms.

April 21, 2022  On May 23, 2022, the United States will end the implementation of Title 42, a Trump-era pandemic restriction that has effectively blocked 1.7 million migrants from entering the...