Among the mix of red, blue and purple states are six US Senate seats and five of the 36 states with Governor's races up in 2018.  All US House seats are up for election, and within these eights states, at least 13 are considered vulnerable. 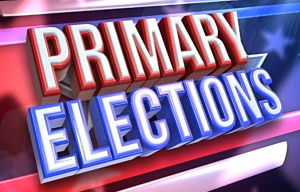 In the 2nd Congressional District (CD),  incumbent Republican Martha Roby will face a runoff July 17th against Bobby Bright, a former Democratic Member of Congress (2009-2011) turned Republican. The winner will square off against Democratic nominee Tabitha Isner in November. 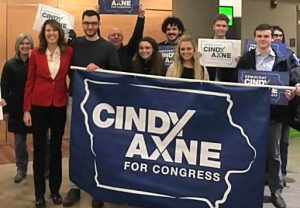 Highlights: Governor Kim Reynolds (R), who succeeded Governor Terry Branstad's (R) last May after his resignation to serve as US Ambassador to China, will face Des Moines businessman Fred Hubbell (D), who won a six-way primary with 55.8% in a record statewide voter turnout. It is expected to be the most expensive gubernatorial contest in the state's history.

In the Secretary of State contest, Deidre DeJear won the Democratic nomination to become the first African American to win a major political party nomination for statewide office in Iowa's history.

In Iowa's 1st CD, State Rep Abby Finkenauer (D) will challenge incumbent Republican Rod Blum, and in Iowa 3, Cindy Axne, will be the Democratic challenger to incumbent David Young (R).  Both seats are high on the Dem's Red to Blue list and would be the first women to represent the Prairie Rose State in the US House.

Highlights: There are two elections for the US Senate in Mississippi this year, the regularly scheduled election for Senator Roger Wicker's (R) seat, and the second, a special election to fill the remaining term of of Senator Thad Cochran, who retired in April for health reasons, and would have been up in 2020.

Senate One: Democrats Howard Sherman, who secured 31.7% of the vote on Tuesday, and David Baria (31.09%) go to a runoff on June 26th to determine who will face Wicker in November. Baria is State House Minority Leader and Sherman is a venture capitalist and husband of actress Sela Ward, of Meridian.

Senate Two: In Mississippi special elections are nonpartisan, so all candidates, regardless of party, run together on a single ballot on November 6th. If no one receives 50%+, they go to a runoff three weeks later.

In the competitive jungle primary, Cochran's temporary replacement, Republican US Senator Cindy Hyde-Smith will face conservative former State Senator Chris McDaniel (R) and Democrat Mike Espy, a former US House Member (1987 to 1993) and Secretary of Agriculture under Clinton. Dems are hoping McDaniel will fracture the GOP vote and thrust Epsy into a runoff with Hyde-Smith, who is ahead in the polls. 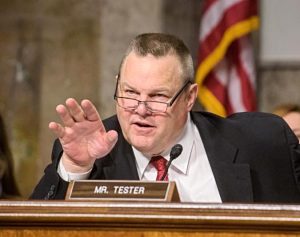 Both parties are pulling out the stops, along with the President, who is bitter over Tester's leading opposition to Trump's failed nominee for US Veterans Affairs Secretary,  White House physician Ronny Jackson.

In the at-large Congressional seat, incumbent Greg Gianforte (R), who  defeated Rob Quist (D) in the May, 2017 special election to replace Ryan Zinke, will be challenged by former State Rep Kathleen Williams (D).

NEW JERSEY
Seats Up:  US Senate, US House (7D/5R), School Board, Municipal.

Highlights: US Senator Bob Menendez (D) fended off primary challenger Lisa McCormick with 62.13% of the vote and will defend his seat against wealthy biopharmaceutical executive Bob Hugan in the general.

Menendez, who was first appointed to the Senate in 2006, and was re-elected in 2012 by 20%, appears to have survived scrutiny by the voters for his 2015 indictment on corruption charges related to a campaign donor, which ended in a mistrial last November. 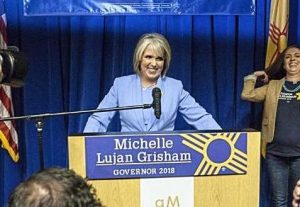