At 11:56pm Tuesday night, the Whole Women's Health Clinic in McAllen, Texas serviced its last client, then shut its doors, ending the final hours of legal abortion care in the Lone Star State. The clinic was adhering to a new state law that went into effect September 1st, and which bans abortions after six weeks and encourages the public to police the ban with a cash incentive.

Background
The "Heartbeat Bill," originally passed by Texas' GOP-controlled legislature and signed into law by Republican Governor Greg Abbott in May, is the first of its kind to be permitted in any state since the Supreme Court's landmark 1973 decision in Roe v. Wade, which legalized abortion nationwide.

Bans abortion as soon as cardiac activity is detectable, usually around six weeks, before most women know that they are pregnant. 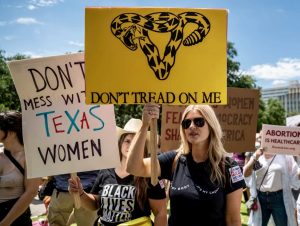 Abortion rights protestors outside Texas Capitol in May (Sergio Flores)

Allows no exceptions for rape or incest, so even minors raped by a relative would be forced to bring a pregnancy to full term.

Bounty for Assistance: Instead of requiring public officials to enforce the law, this law allows individuals to bring civil lawsuits against abortion providers or anyone else found to "aid or abet" illegal abortions. The lawsuits would not be against the women having the abortion, but against anyone including counselors, friends who finance an abortion, or even an individual who drove a woman to the appointment.

Anyone, including a random stranger who has no connection to the alleged violator, can sue a clinic or individual they believe is aiding abortion and, if successful, could be awarded at least $10,000. The Texas Right to Life organization has already set up a "whistleblower" website where people can submit anonymous tips about anyone they believe to be violating the law.

Disenfranchises targeted communities, including lower-income, youth, immigrant and communities of color that can't take time off their jobs, don't have child care and/or cannot afford transport out of the state for services.

Shuts Down Services: In the country's second most populous state, where 85% to 90% of abortions are obtained after six weeks of pregnancy, it would force many clinics to close and result in a loss of related jobs. 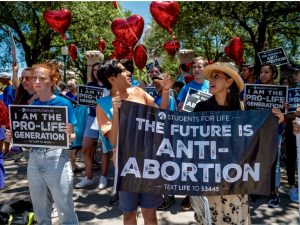 The Legalities
While other states have attempted similar "heartbeat" bills, they have been found to be at odds with the Supreme Court's precedents, established in Roe and 1992's Planned Parenthood v. Casey, which prohibit states from banning abortions prior to fetal viability - usually between 22 and 24 weeks.

The Texas bill, however, was structured to make it harder to challenge in court, as it relies not on state officials to enforce the ban, but instead on private individual and enforcement schemes.

Abortion rights advocates appealed to the US Supreme Court after the Fifth Circuit Court of Appeals canceled a scheduled hearing on whether to block the law.

SCOTUS' unsigned majority opinion in Whole Woman's Health v. Jackson was presented in a one-paragraph midnight ruling Wednesday, a day after the law was allowed to go into effect. The court's conservative justices said the abortion providers who had challenged the law in an emergency application to the court had not made their case in the face of "complex and novel" procedural questions.

Chief Justice John Roberts, who joined liberal Justices Sotomayor, Stephen Breyer and Elena Kagan in the dissent, said he would have temporarily blocked the law from going into effect in order to give the lower courts adequate time to decide "whether a state can avoid responsibility for its laws" by "essentially delegat[ing] enforcement to...the populace at large." 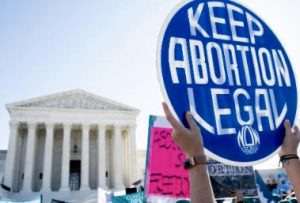 August 14-17 NBC Poll: 54% believe abortion should be legal in all or most cases (Saul Loeb)

President Biden slammed the court's dark-of-night ruling..."without a hearing, without the benefit of an opinion from a court below, and without due considerations of the issues," saying it "unleashes unconstitutional chaos" and promised a "whole-of-government" response to safeguard abortion access.

Separately, SCOTUS is set to hear a direct challenge to Roe v. Wade when it formally reconvenes in October. In Dobbs v. Jackson Women's Health Organization, which centers on Mississippi's 15-week abortion ban, the Supreme Court said it would consider whether "all pre-viability prohibitions on abortion are unconstitutional."

In the interim, the Texas ban will remain in place and Texas Right to Life has said the organization is working with activists in multiple states who are eager to replicate the model.

DemList will keep you informed. Have a good holiday weekend!