DemDaily: The Right To Strike

DemDaily: The Right To Strike

On Tuesday, the Supreme Court of the United States (SCOTUS) heard oral arguments in Glacier Northwest v. The International Brotherhood of Teamsters, a case that threatens the protections under the National Labor Relations Act (NLRA) of unions that choose to strike against their employers. 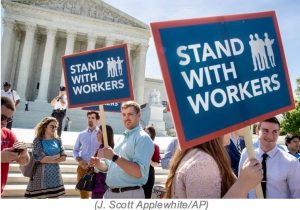 The Issue
Whether the National Labor Relations Act impliedly preempts a state tort claim against a union for intentionally destroying an employer's property in the course of a labor dispute.

The Case
On August 11, 2017, Glacier’s truck drivers in King County, Washington -- who are members of the International Brotherhood of Teamsters Local 174 -- went on strike during negotiations over a new collective bargaining agreement.

Glacier alleged that Local 174 coordinated the strike to occur during prime concrete delivery time when mixing trucks were full of concrete. The striking drivers returned their trucks to Glacier’s local concrete site without emptying them or notifying Glacier about the undelivered concrete. The remaining workers at Glacier removed the concrete from the trucks before it could solidify and damage the trucks. However, the undelivered concrete, left to harden, could not be salvaged for sale. 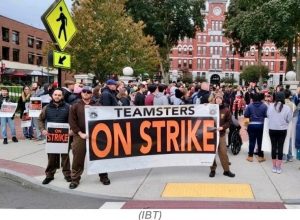 Glacier sued Local 174, raising tort claims regarding the ruined concrete. Local 174 filed a complaint with the National Labor Relations Board (NLRB), alleging that the lawsuit constituted unlawful retaliation against concerted activities, and filed a motion to dismiss Glacier’s tort claims, contending they were preempted by the NLRA.

While the trial court agreed, the Washington Court of Appeals reversed the decision, concluding that Local 174 did not engage in NLRA-protected conduct when the truck drivers ruined Glacier’s concrete. On appeal, the Washington Supreme Court disagreed, remanding the case with instructions to dismiss Glacier’s claims. 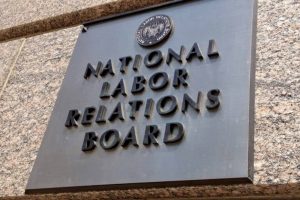 The protections under Garmon are among the foundational principles of US labor law under the NRLA, and inextricably tied to another -- the "right to strike."

The text of the NLRA itself acknowledges that there is often tremendous “inequality of bargaining power” between workers and well-funded employers. The Garmon rule shields unions from lawsuits that could drain their finances and discourage workers from exercising their right to strike.

As argued by the Teamster's counsel before the Supreme Court this week, the NLRB had already concluded that the union’s actions were protected by the NLRA and issued a formal complaint against Glacier Northwest.

In taking up the case, the US Supreme Court is considering the question of whether employers can sue unions for economic harm, including damage caused by loss of perishable products that result from workers going on strike. The potential outcome could be devastating to the most basic of workers' rights. 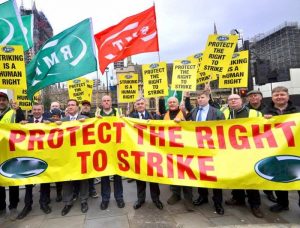 The US Supreme Court's conservative 6-3 supermajority has already shown hostility toward unions.

In its 2021 Cedar Point Nursery v. Hassid decision, the Court voted along ideological lines to strike down a nearly half-century-old California regulation that allowed union organizers to enter the property of agriculture businesses to speak to employers about supporting a union.

The court has also shown adversity to arguments that it should defer to other institutions, like the NLRB, which have specialized expertise that SCOTUS does not possess. In its 2022 decision in West Virginia v. Environmental Protection Agency, the High Court denied the Environmental Protection Agency (EPA) the authority to adopt its own regulatory scheme related to clean energy.

The decision in Glacier is not expected before the close of SCOTUS' term this summer.