The cast of potential 2020 presidential candidates still remains an open book as potential aspirants wade through the tumultuous tenure of the Trump Administation.

As promised, DemList will continue to keep you updated on the players within each political party as the cast of characters fluctuates going into the presidential season.

Remember that almost every contender for Presidential is also one for Vice President, and in deference, we have expanded our list to include some of the latest in the limelight. 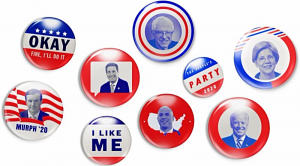 Democratic Contenders
For the complete rundown on the top Democrats, see DemLists' The Presidential Contenders 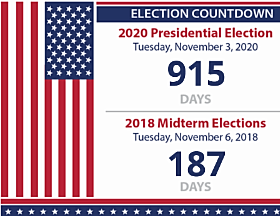 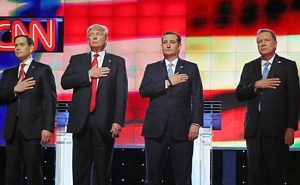 A CNN/SSRS Poll, conducted March 22-25, 2018 among Democrats and Democratic-leaning independents nationwide, asked, "For each (of the following), please tell me whether you would be very likely, somewhat likely, not very likely, or not likely at all to support them if they decide to run for the Democratic nomination for 2020."

Of the six potential contenders listed, under "very likely," Joe Biden led with 56%, followed by Bernie Sanders at 46%, Elizabeth Warren at 33%, Cory Booker at 31%, Kamala Harris at 19% each, and Kirsten Gillibrand at 10%.