White women make up one of the largest voting blocks in the United States and are a critical target constituency in the 2020 presidential election.

The end result is an in-depth action paper for campaigns, candidates and organizations seeking to identify voter trends in advance of races in 2019 and 2020, including engagement strategies, and a suggested path forward. 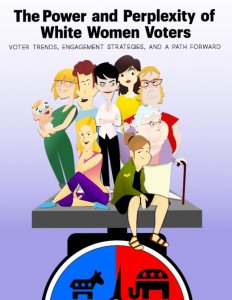 Highlights
The Presidential: The paper starts with debunking the national exit polls, stating the final 2016 numbers show 45% of white women voters cast their ballots for Trump, compared to exit polls placing him with a majority with 53%.

Progress and Potential
By New Founders' numbers, a larger 40% of the 2018 electorate was white women.

Highly educated white women are consistent Democratic voters. From 2008 to 2014, white college educated women split for Republicans by a small margin. In 2018, they voted for Democratic candidates by a 16-point margin. 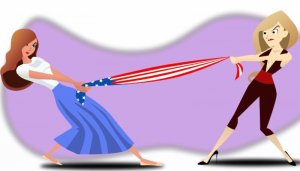 Women in the suburbs are voting Democratic at higher rates. In the 2014 midterm elections, college educated, middle-aged suburbanites voted Republican by a 21-point margin. 2016 saw a major shift, with only a 5 point-margin for Republican candidates.

While American voters held tighter to party affiliations in 2018, those identified as independent white women voters, including leaning Democratics and Republicans, voted 56% for Democrats, up from 37% in 2106.

Check it Out: The Power and Perplexity of White Women Voters
Learn More about New Founders

October 27, 2020 At seven days out, it comes down to boots on the ground and the scramble to make sure every vote is guaranteed and counted. In an effort to help connect and inform the family...

Truth to Power will host an exciting list of events during the 2016 Democratic National Convention with the coolest mash up of art, pop culture and politics. We got some scoop from Wyatt Closs at...