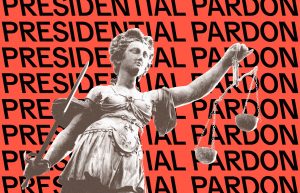 Yesterday, a US District judge dismissed an indictment against ex-Trump adviser Steve Bannon, citing "the proper course" in light of the presidential pardon which Bannon received in the final hours of Donald Trump's presidency.

Bannon, the onetime senior strategist for former President Donald Trump, was one of the four defendants charged with defrauding donors in a $25 million "We Build the Wall" crowdfunding campaign to build a wall along the nation's southern border.

The Power of Clemency
Clemency is one of the most unlimited powers bestowed upon a US President. Under Article II, Section 2 of the US Constitution, "The President...shall have Power to grant Reprieves and Pardons for Offenses against the United States, except in Cases of impeachment." 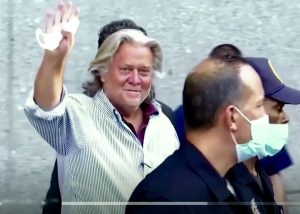 Unlike a commutation, which shortens or eliminates an individual's punishment, a pardon absolves the individual of guilt. The president can only grant pardons for federal offenses.

The Process
Although the Constitution does not impose any procedural or substantive requirements on the president's exercise of the pardon power, presidents for the last 125 years have relied upon the Department of Justice's Office of the Pardon Attorney (OPA) to vet and evaluate requests for a pardon. 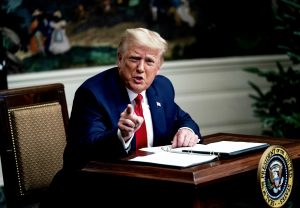 On criticism for bypassing OPA, Trump said he is the "chief law enforcement officer of the country" (Erin Schaff)

Typically, an individual seeking a pardon submits a formal application to OPA, which evaluates the merits of each case, including the person's conduct following conviction, the seriousness of the offense, and the extent to which the individual has accepted responsibility for the crime.

Prosecutors who handled the case and the Deputy US Attorney General may also weigh in on a recommendation. The final decision on whether to issue a pardon rests with the President.

Unlike his predecessors, however, President Trump often bypassed the OPA, made the majority of clemency grants to well-connected funders and offenders who had not filed petitions with the pardon office or did not meet its requirements.

Ultimately, of the 237 grants of clemency by Trump, only 25 came through the Office of the Pardon Attorney's process.

The Pardoned
Those pardoned under Trump include: 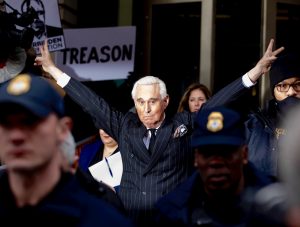 It was Trump's commuting of the sentence of his longtime friend and campaign adviser Roger Stone, however, that stirred the greatest controversy.

Stone, convicted on seven felony crimes, including obstructing a congressional investigation into Trump's 2016 campaign and possible ties to Russia, was pardoned days before he was to report to a federal prison to serve a 40-month term.

Senator Mitt Romney (UT), who was among the few Republicans to speak up, called Stone's commutation "unprecedented, historic corruption." 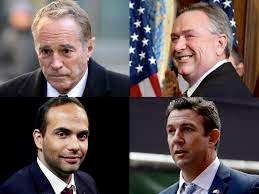 Three court-martialed US military officers who were accused or convicted of war crimes in Iraq and Afghanistan. The pardons were made against the advice of senior military and Defense Department leadership. Two of the pardoned officers later appeared with Trump at campaign events.

Congressman Rick Renzi (AZ) was convicted on 17 counts of corruption connected to land deals; Robin Hayes (NC) on lying to the FBI in a bribery scheme; Mark Siljander (MI) on obstruction of justice and acting as an unregistered foreign agent; and Randall "Duke" Cunningham (CA) on bribery, fraud and tax evasion. 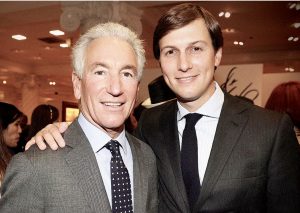 Charles Kushner, father of Trump son-in-law Jared, was pardoned. He was previously convicted for false statements to the FEC, witness tampering and tax evasion (Patrick McMullan)

Beyond Pardon
Also yesterday, Manhattan District Attorney Cyrus R. Vance, Jr. announced the convening of a grand jury to hear evidence of potential criminal charges against former President Donald Trump and other executives at the Trump Organization and businesses.

The move is the culmination of the DA's extensive two-year investigation into Trump's business practices prior to becoming President and suggests that Vance has evidence of criminal wrongdoing.

Now out of office, Trump lacks the immunity from prosecution he had as president and, as these are state charges, he does not qualify for a presidential pardon.