Today, in the only two Gubernatorial races of 2017, the voters of New Jersey and Virginia vote to replace outgoing Governors Chris Christie (R) and Terry McAuliffe (D). 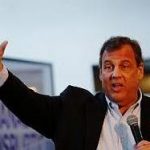 Governor Chris Christie (R-NJ)
Christie's rise in New Jersey politics was a steady one, from attorney (Seton Hall grad), Morris County Freeholder (1995-1998) and major George W. Bush fundraiser in 2000, to his appointment as a US Attorney under Bush (2002-2008). From the outset the brash, but authentic, moderate Republican seemed born to run.

Christie beat incumbent Jon Corzine (D) in 2009 to become the 55th Governor of New Jersey and at the outset of his second term, which he won with 60.3% in 2013, he was named as head of the Republican Governor's Association and was on the short list for GOP Presidential nominee. 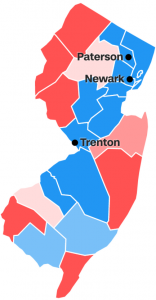 The beginning of his historic political downfall, however, came following the 2014 "Bridgegate" scandal, which ended with the conviction of two top Christie aides for fraud and conspiracy.

Christie, who had launched his presidential campaign in June, 2015, suspended his candidacy in February, 2016, and shortly after endorsed Trump.

Although Christie was initially considered a strong contender for Trump's VP, the Bridgegate shadow still loomed and he was, instead, named head of Trump's transition planning team.  After the election, and an apparent falling out with the President, Christie and his allies were ousted from the transition team.

Christie currently serves as Chair of Trump's Opioid and Drug Abuse Commission but, with a public approval rating of just 15% - the lowest recorded for any New Jersey governor - it is likely one of his last appointments.

But he can still have an impact. Christie's negatives, and Trump's similarly grim numbers in the state, may prove to be the ultimate blow to Kim Guadagno, who served as Christie's Lt. Governor the last eight years, and is the Republican nominee in today's election for Governor.

Governor Terry McAuliffe (D-VA)
Terry McAuliffe became the 72nd Governor of Virginia in 2014, having beat Republican opponent and former state Attorney General Ken Cucinelli 47.8%-45.2% in a race for the heart of one of our country's battleground states.

Virginia is the only state that prohibits its Governor from serving consecutive terms, so the popular McAuliffe (with a 55% approval/ 36% disapproval rating) is ineligible to run again. 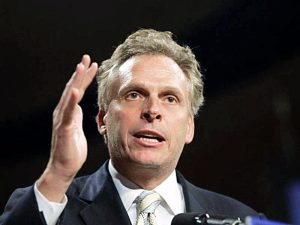 However, the entrepreneur and inexhaustible former Chair of the Democratic National Committee (2001-2005), is on every potential 2020 presidential contender list.

More than any other "off-year" contest, the Virginia Governor's race is viewed as a referendum on the White House and mood of the electorate.  For McAuliffe, it also signals approval of his performance as the "jobs" Governor, and his close ties to the Clintons.

Although this was his first elected public office (he ran unsuccessfully for Gov in 2009), McAuliffe has been on the national political scene since he served as National Finance Director, at age 22, for Jimmy Carter's Presidential re-election campaign.

An attorney (Georgetown), he has a legendary rolodex and has amassed millions as a banker, investor, real estate developer and internet venture capitalist.  His next steps, however, may very well depend on the outcome of tonight's election.

Going into the election day, Democrat Ralph Northam had a slight 3+% lead over Republican Ed Gillespie.