Members of the 115th Congress, their families and supporters descended on Washington this week for yesterday's official swearing-in ceremonies.

As President of the Senate, Vice President Joseph Biden presided over the swearing-in of the Senate's 54 Republican and 48 Democratic (w/2 Independents) Members.

Speaker of the House Paul Ryan (R) swore in the House of Representative's 241 Republican and 194 Democratic Members.

Next on the Calendar: 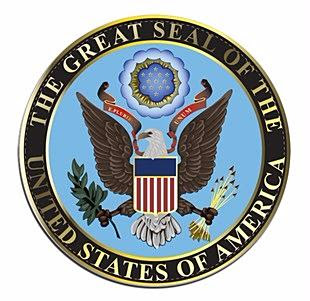 January 6th: A Joint Session of Congress will meet this Thursday to certify the state electoral votes and official 306 to 232 Electoral College victory of Donald Trump over Hillary Clinton for the 2016 presidential election.

January 20th: Inauguration of Donald Trump as President, and Mike Pence as Vice President, of the United States. 15 days out.
Meanwhile ....
While Red Washington is preparing for the official Presidential Inaugural Ceremonies, Democrats and activists from around the country are making plans to converge on D.C. the same week for the Women's March on Washington and a series of their own Blue Inaugural Events.

To help coordinate the energy, voices and events, DemList is launching the "Unity Calendar" for Democratic and alternative-inaugural events in Washington and in cities across the country -- the week of January 16-21st.

As always, it is free for event organizers to submit events for promotion on the Unity Calendar - which launches tomorrow! Please pass this on, send us intel on events, and submit your own Blue Inaugural event today.

October 10, 2018 Ballot initiatives have become an integral part of our electoral process – as a form of direct democracy and as an avenue for checking legislative powers. A Ballot...