The Olympic Games, the world's foremost sports competition, began last Thursday under the cloud of controversy and politics surrounding the host country, China. 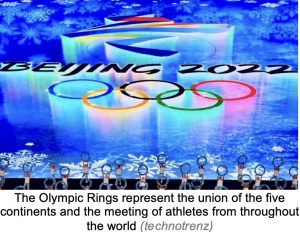 History of Politics
The first modern version of the Games of the Olympiad, inspired by the ancient Greek games, took place in Athens, Greece in 1896, with the first Winter Olympics taking place in 1924 in Chamonix, France. The Olympics are divided into summer and winter competitions which are normally held two years apart, every four years. Last year's Summer Olympic Games, however, were delayed a year due to the pandemic.

Although the Olympic Charter, first created in 1908, bans "political, religious or racial propaganda" at the Games, the event has still historically provided an international stage for protests, political statements and enhanced competition between countries in conflict with one another. 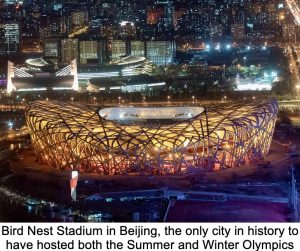 Prominent examples include the Nazi propaganda that pervaded the Berlin Games of 1936, the Soviet-Hungarian friction at the 1956 Games in Melbourne, Australia following the USSR's brutal suppression of the Hungarian revolution, and the intense contest for medals between the US and the Soviet Union during the height of the Cold War.

It was also on display in the controversy between China and Taiwan leading up to the 1976 Montreal Games, the US-led boycott of the 1980 Moscow Games in protest of the Soviet invasion of Afghanistan in 1979, and the retaliatory boycott of the 1984 Los Angeles Games by the Soviet bloc. The most tragic, however, was the murder of Israeli athletes by terrorists at the 1972 Games in Munich, West Germany. 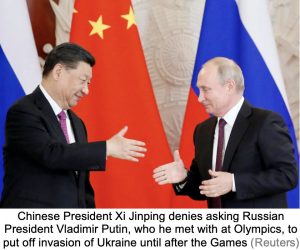 In 2014, top US officials did not attend the Winter Games in Sochi, Russia, in protest of Russia's policies of discrimination against its LGBTQ population.

In 2019, Russia was banned from participating in global competitions for four years for doping, which was reduced to two years in 2020. The Russian flag and anthem were also banned from the Olympic Games during this period, but Russian athletes are still able to compete under the name of the Russian Olympic Committee (ROC).

Diplomatic Pressure
On December 6, the White House announced a US diplomatic boycott of the Winter Olympic Games. While all its athletes will still compete, the United States is not sending any official representatives or dignitaries to Beijing. 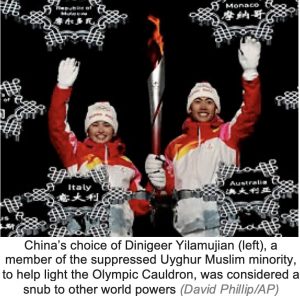 Although China's history of human rights abuses is long and well-documented, the International Olympic Committee (IOC) nevertheless decided in 2015 to award this year's Games to the East Asian country.

Beijing, which hosted the 2008 Summer Olympics to much fanfare, was deemed to have the proven infrastructure and the financial resources to beat out Almaty, Kazakhstan, the only other city to bid for the honor. China's official budget for the Games is $3.9 billion, but financial investigators estimate the real cost to be closer to $38.5 billion.

Since 2017, however, the Chinese Communist Party has arrested, detained and tortured hundreds of thousands of historically Muslim ethnic minorities from Xinjiang in the country's west. The actions have been tantamount to the attempted genocide of the Uyghur people -- openly executed as a reminder of the political and economic power of the authoritarian government of Jinping, who has ruled since 2013. 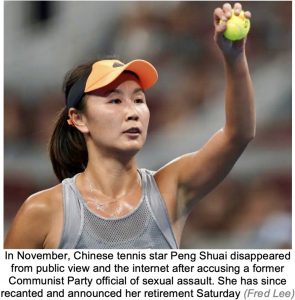 Subsequent sanctions by the US, including visa restrictions on several Chinese government officials in 2020 and adding Chinese artificial intelligence company SenseTime Group to an investment blacklist in 2021, did little to deter the abuses.

Within days of the US announcement, Australia, the United Kingdom and Canada joined the diplomatic boycott and, by the end January, Estonia, Latvia, Sweden, the Netherlands and Denmark had joined them.

Last Thursday, India joined the US-led boycott after China included a decorated People's Liberation Army (PLA) soldier who was involved in a deadly border skirmish with Indian troops in the torch relay ahead of the Opening Ceremonies.

The Japanese government said it also would not send a delegation to the Games but has not declared an official boycott. 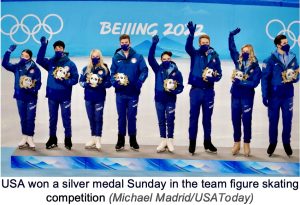 The COVID Bubble
In what is now the second Olympics under COVID, Beijing, like Tokyo, has implemented strict COVID-19 protocols under a "closed loop" system imposed on all those attending who undergo daily screening and testing.

Attendees are limited to athletes, coaches, their staff, media and a limited list of invited local spectators and dignitaries. All told, there will be an anticipated 150,000 attendees, including the 2,871 individual athletes who are competing in the games. Of the 91 country teams, the US has the largest contingent with 224 athletes.

Transportation designated for the Games moves participants to the ceremonies, venues, and the Olympic Village where the athletes are staying. Within the bubble, robots are being used to serve guests their food.

Athletes and other attendees are also required to use an app called My 2022 to track their travel and health data. The app, however, has serious security flaws that leave users open to hacking and interception of their data and online communication.

The potential threats and China's history of digital surveillance, led the FBI to advise athletes to bring burner phones, warning there can be no expectation of privacy.

Despite the precautions, over 300 people have tested positive for COVID, with athletes and officials accounting for 111 of that total.