Results after First Round of Rank-Choice Voting Tabulations

Civil rights lawyer Maya Wiley, who trailed Garcia by only 347 votes after the first tabulation of rank choice rounds, was theoretically eliminated.

The results as to the final two candidates, however, will not be official until approximately 125,000 absentee ballots are tabulated in the coming weeks, leaving room for a shake up in the still tumultuous race. 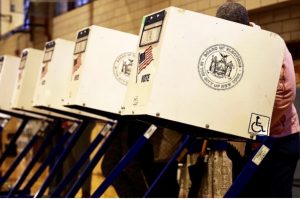 The Debacle
Wednesday's announcement, however, was eclipsed by Tuesday afternoon's New York Board of Elections debacle in which incorrect numbers were initially released, then rescinded, after the board said it had mistakenly included 135,000 test ballots in the totals.

The chaotic development in the country's largest and most consequential mayoral race fed into long-standing concerns over the board's competence and ability to manage New York's new ranked-choice system.

It also fed into the hands of the right-wing, with former President Donald Trump comparing the "vast irregularities" in the election board's counting to last year's presidential race, which he has repeatedly claimed was fraudulent. 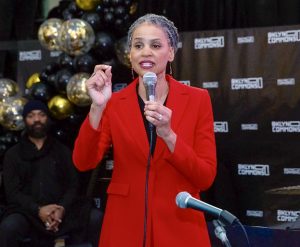 Final Results
The second ranked-choice voting tabulation results are expected July 6th. Results will include absentee ballots, which account for 15-20% of the total vote, and could be received up to seven days after Election Day. However, cured absentee ballots with corrected errors aren't due until July 9th, so results still won't be complete.

Final election results, barring legal challenges, should be certified on or about July 12th.