Daily, radical changes to the national political landscape have become the new norm as our country continues to struggle with the devastating impact of the coronavirus crisis. 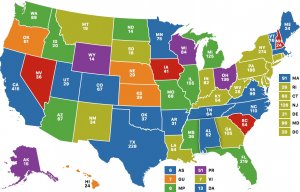 Primaries and Postponements
New Jersey is the latest of sixteen states that have now postponed or extended their Democratic presidential primaries due to the coronavirus pandemic.

While some states have postponed their presidential contests by weeks or months, others, like Alaska, which is holding its primaries today, have cancelled in-person voting and have moved entirely to vote-by-mail.

Yesterday, New Jersey, also scheduled for June 2nd, moved their primary to July 7th, raising questions about whether other states will go ahead with their votes on that date.

Last week, the Democratic National Convention Committee (DNCC) announced the Democratic Convention, scheduled to take place July 13-16th in Milwaukee, Wisconsin, has been postponed to the week of August 17th. 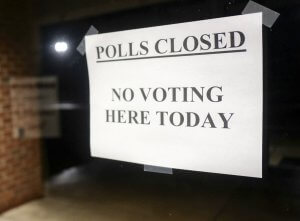 With Joe Biden now the presumptive nominee, following the suspension of Bernie Sanders' campaign this week, some are questioning why we are still holding primaries.

For one, while Sanders acknowledges Biden as the party's 2020 nominee, he has vowed to stay on the ballot in all remaining primary states to secure as many delegates as possible at the Democratic convention in order "to exert significant influence over the party platform."

Regardless, the presidential is not the only race on the ballot, as thousands of congressional, state and local contests are also in play.

Partisan on Postal
That leaves it to each state to determine the fate of their primaries and process, with Democrats pushing vote by mail as a necessary alternative, while President Trump claims vote by mail is a recipe for fraud.

"Mail ballots, they cheat," said Trump this week, promoting a false narrative disproved by his own Presidential Advisory Commission on Election Integrity, which he abruptly shut down in 2018 after it was unable to prove voter fraud had taken place in the 2016 elections. 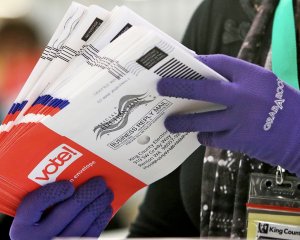 Five states currently conduct all elections entirely by mail: Colorado, Hawaii, Oregon, Washington and the conservative red state of Utah. At least 21 other states have laws that allow certain smaller elections, such as school board contests, to be conducted by mail.

But fueled by Trump and other Republican leaders, the battle over vote-by-mail has erupted into a partisan one, with legal fights in individual states, like the one that took place in Wisconsin this week -- where voters were ultimately forced to choose between their own safety and casting their ballots in-person on Tuesday.

Alternatively, the Democratic National Committee (DNC) is relying on an increasingly sophisticated digital outreach effort to mobilize and engage voters. "As our country deals with the uncertainty of COVID-19, it is critical that states provide clarity and not confusion, which could lead to disenfranchising voters...The simplest tool is vote by mail, which is already in use in a number of states and should be made available to all registered voters," said DNC Chair Tom Perez.

Strategy. Power. Justice. Those are the themes of the Midwest Academy, which has trained organizers for over forty years, and tonight honors some of our nation’s most acclaimed progressive...

April 13th, 2017 One of the issues that has haunted President Trump through the campaign and through the now 83 days of his tenure, is his refusal to release his tax returns. Despite the call by...