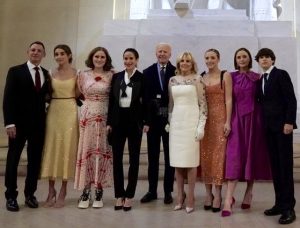 A new family is in the White House, evoking visions of children and grandchildren happily running through the halls and grounds at 1600 Pennsylvania Avenue.

Joe Biden's world, his evolution and his character are intricately intertwined with, and around, his family.

His early tragedy in losing his first wife and a child, his enchanting and decades-long love story with Dr. Jill Biden, and his close bond with his grandchildren are all very much a part of the man who is now our 46th President of the United States.

Biden's dedication to his family was very much a part of his message on the campaign trail and now, as First Family, the Biden clan is in the spotlight. 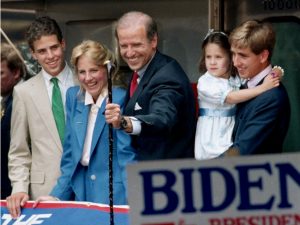 Hunter, Jill, Joe, Ashley and Beau on a train to D.C. after Joe announced his 1988 presidential campaign (AP)

The Biden Clan
The President's three oldest children, Hunter, Beau, and Naomi, nicknamed "Amy," were with his first wife, Neilia Hunter. In 1972, just weeks before he was to be sworn in as the new US Senator from Delaware, Neilia and Amy, who was just 18 months old, were killed in a car accident.

In 1977, he married Jill Biden and they had a daughter, Ashley Biden. The crew now extends to seven grandchildren. They are among the regular faces we can expect to see at 1600 Pennsylvania Avenue over the next four years.

Frank, a senior advisor at Berman Law Group, specializes in personal injury cases and class-action lawsuits and lives in Florida. He has one child from his first marriage. 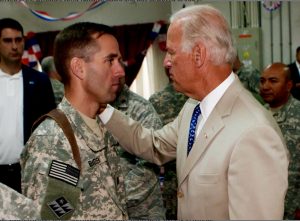 Joe with his son Beau in Baghdad in 2009. Biden: "The title of Father" is the proudest one he bears. (AFP)

Jim, who has houses in Florida and Pennsylvania, is an entrepreneur with past businesses in entertainment, construction, insurance, politics and finance. He is married with three children.

Valerie, a political strategist, campaign manager and former educator, has always served as one of her brother's closest advisors and has played a key role in all of his campaigns. She is married to John T. Owens, who was a law school friend of Joe's, and they have three children.

Joseph Beau Biden: Then-Delaware Attorney General and former Bronze Star recipient "Beau" Biden was just 46 years old when he died of brain cancer in 2015. He is survived by his wife Hallie Oliviere and two children, Robert and Natalie. 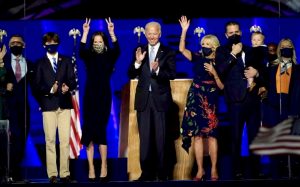 Natalie, age 16, and Robert, age 14, live with their mother in Delaware.

All joined their grandfather on numerous international trips when he was Vice President, and on the campaign trail when he running for president. All were actively involved in the election and, in some cases, have thousands of followers on their Instagram and Twitter accounts. 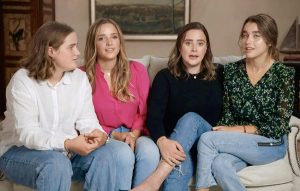 Maisy, Finnegan, Naomi and Natalie spoke about "Pop" during the fourth night of the Democratic National Convention on August 20th (DNC)

Naomi, age 27, attended the University of Pennsylvania for undergrad, then graduated from Columbia Law School last May in a virtual ceremony where her grandfather gave the socially-distant keynote speech.

Finnegan, age 22, who is named for Joe Biden's late mother, Catherine Finnegan Biden, is finalizing her degree from the University of Pennsylvania.

Maisy, age 20, is also attending the University of Pennsylvania. The family athlete, she played on the high school basketball team with "best friend" Sasha Obama. 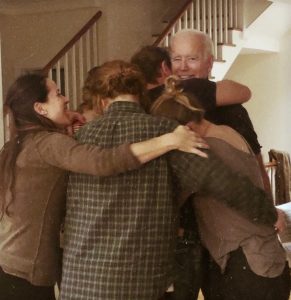 Hunter also has a fifth child, born in August of 2018, with Lunden Alexis Roberts of Arkansas. Although paternity was first questioned, Hunter is now supporting his daughter, who remains anonymous.

Ashley Biden: Ashley, 39, is a former social worker and former Executive Director of the Delaware Center for Justice, a criminal justice reform-oriented nonprofit.

In 2017 she founded the fashion company Livelihood, which partners with raises money for community programs focused on eliminating income inequality in the United States. She lives in Philadelphia with husband Howard Krein, an otolaryngologist.

Among the most popular of the Biden clan are dogs Champ, 12, and Major, 2.