150 Countries, 4,700 Events, Millions of People
and the numbers are still growing

Today's Global Climate Strike is expected to be the largest environmental protest in the planet's history, with a young-led movement across the US and worldwide striking to demand "transformative action on the climate crisis." 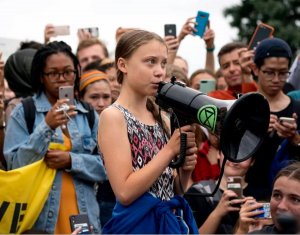 The strike, planned three days before the UN Climate Summit in New York, is the culmination of a rapidly growing movement headed by youth leaders worldwide to call attention to how the climate crisis is devastating homes, land, and communities.

The Movement
The face of the school strike for climate movement is 16-year-old Swedish environmental activist Greta Thunberg, who, in August of 2018, began staging weekly sit-ins outside the Swedish Parliament every Friday. Her actions inspired students around the world to skip school to hold their own Fridays for Future climate strikes.

Today's strike is the third global action of the movement. The first strike, in March 2019, had 1.6 million participants from over 125 countries. The second, in May 2019, was timed to coincide with the 2019 European Parliament election, boasted even larger numbers, with over 1,600 events in 130 countries.

A second worldwide strike is planned for Friday, September 27th, which is also the anniversary of the 1962 publishing of Rachel Carson's Silent Spring, credited with starting the environmentalist movement. 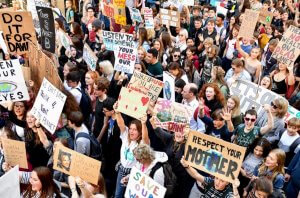 The Mission
The youth organizers say the strike is the launch of a new era for just and equitable climate action.

"On Friday, we're striking for a Green New Deal; for the immediate cessation of fossil-fuel projects on sovereign indigenous land; for environmental justice; for the protection and restoration of nature; and for sustainable agriculture"
-- Katie Eder, Future Coalition co-founder and Exec Director

They are vowing to "carry this energy to the 2020 elections, and beyond to ensure real, bold action is taken to address the climate crises. This is history in the making, and it's time we take back the narrative to save our futures." 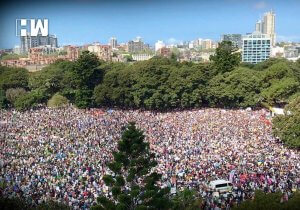 Partner Organizations
In the United States, efforts are coordinated by Future Coalition and includes organizations such as Earth Uprising, Fridays for Future USA, Extinction Rebellion-Youth, Sunrise, Zero Hour and US Youth Climate Strike, which is steering the national campaign.

Support is provided by grassroots, climate-focused and social justice groups, and the Adult Climate Strike Coalition, which includes 350.org, Greenpeace, SEIU, March On and others.

In advance of the strike, a number of major companies also pledged their participation, including Amazon, Microsoft and outdoor clothing brand Patagonia, which is shutting down its operations today to allow employees to join the Global Climate Strike. 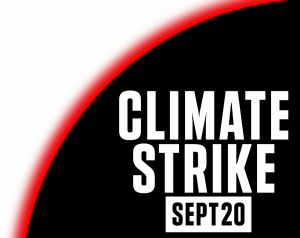 What can you do to make a difference?
Climate Strike Activities: Near You
Climate Science 101: Why It Matters
Youth Climate Strike: Demands
Partner Organizations: Full List
Livestream of Climate Strikes
Post: #ClimateStrike and #StrikeWithUs
Related
DemDaily: Nye on Deniers 5/16/19
DemDaily: Betraying the Planet 4/23/19
DemDaily: What is the Green New Deal? 3/13/19
DemDaily: Trump's Time on Earth 4/24/18