The second-largest ethnic group in the United States, the Latino community compromises approximately 18% of the US population and 11% of the voting electorate. 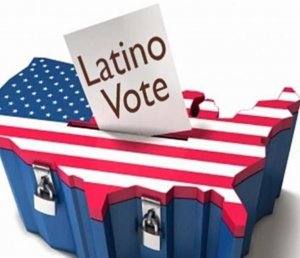 In the midterms, in the states of Arizona, California, Florida, Nevada, New Mexico, New Jersey, New York and Texas, the average vote increase among Latinos was 96% compared to 37% among non-Latinos from 2014 to 2018.

The significance of these numbers is not lost on Democrats, who captured 69% of the Latino vote in 2018 versus just 29% for Republicans.

With only 55% of eligible Latino voters registered, the potential to expand those numbers puts the demographic at the top of the voter reg priorities going into 2020.

Further analysis suggests the growth in the Latino vote was a factor in flipping at least 20 House seats from red to blue. 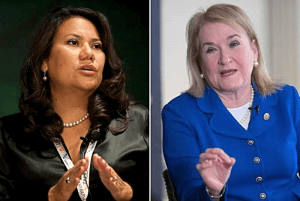 Although no Latinos were added to the ranks of the upper chamber, their impact was felt in key Senate races, including Texas (30%), Arizona (23%) and Florida, with 20% Hispanic voter registration.

The implications of the numbers for 2020 are significant, particularly in those three states, which many feel are on the verge of turning from red to blue. 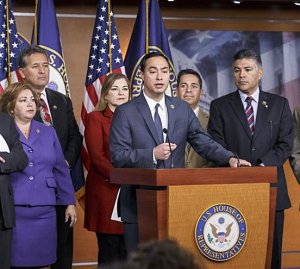 In Texas, Democrat Beto O'Rourke received 64% of the Latino vote to incumbent Ted Cruz's (R) 35%.  Although Beto lost, he came within three percentage point of unseating an incumbent thought unbeatable a year ago, which can be attributed to the record Latino turnout.

It also boosted the profile of Beto as a potential national contender who has the ability to motivate a core component of the Democratic base.

Whoever Democrats pick as their presidential nominee, the Latino vote will be a critical factor in taking back the White House.