Biden and Harris are in the house!

The 46th President and his Vice President are settled in the White House, along with the senior staff and advisors that make up their inner circle -- those that will help guide the country at the highest levels for the next four years. 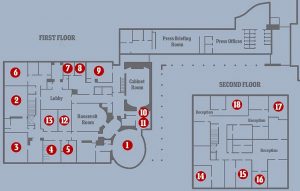 The Corridors of Power 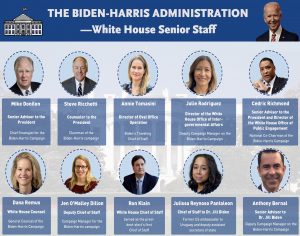 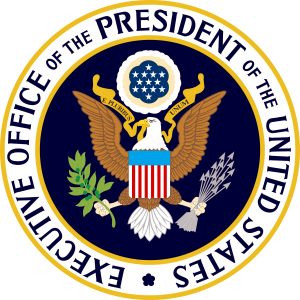 The Office of the First Lady, which is located in the East Wing, is also part of the Executive Office of the President. Dr. Biden's operation is headed by Chief of Staff Julissa Reynoso Pantaleón and Senior Advisor Anthony Bernal.

The Office of the Vice President, which also provides staffing and support to the Second Gentleman of the United States, is primarily housed in the Eisenhower Executive Office Building (EEOB), next door to the White House.

Vice President Harris also has an office in the West Wing, the U.S. Capitol, and in the vice president's official residence at the United States Naval Observatory. Harris' staff of 20+ is headed by the Chief of Staff Tina Flournoy.

White House Staff
In addition to the power players in the West and East Wings, there are a few hundred staffers who work at a number of offices in the White House and the EEOB. 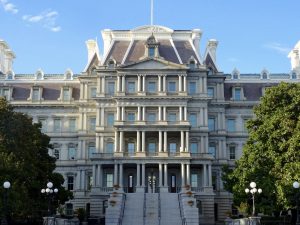 In December, the Biden transition team announced the first of 100+ White House staffers, which they said is made up of 61% women, 54% people of color, and nearly 20% first-generation Americans.

Related: DemDaily: Rounding Out The Cabinet 1/12/21

Thanks to Our Sponsors

July 10, 2020 To Remind Us to Laugh On the Recent Supreme Court Ruling that Trump cannot end the Deferred Action for Childhood Arrivals program – “Yeah, at first, Trump was confused...

February 1, 2022 Texas will hold the first primary of the election season on March 1st and the first election using the state’s new Republican-drawn political map. Democrats and Republicans will...

October 23, 2018 Two weeks out from the midterms, the surge in Republican enthusiasm following the Kavanaugh Supreme Court nomination battle has tempered some projections on the Democratic...