In less than one week President Joseph Biden and Vice President Kamala Harris will be sworn-in at the 59th Presidential Inauguration, themed "America United."

DemList will continue to keep you updated daily on developments and details as they become available.

JANUARY 18th, MONDAY
National Day of Service
All-Day Event
Inaugural Week will kick off Monday with a National Day of Service to celebrate and honor the spirit of Dr. Martin Luther King Jr. The day "is an opportunity for all Americans to unite and serve at a time when the global pandemic calls on all of us to work together and support our communities." 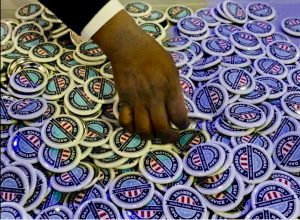 In partnership with organizations across the country, events will focus on COVID-19 relief and address challenges that have been exacerbated by the pandemic, such as poverty, hunger, racial injustice, homelessness, mental health, and educational disparities. SignUp for the Day of Service

JANUARY 19th, TUESDAY
National COVID Memorial
5:30pm ET
The memorial will honor the lives lost to COVID-19. In the nation's capital, the ceremony will feature a lighting around the Lincoln Memorial Reflecting Pool. Citizens in cities and towns across the country are invited to join Washington, D.C. in illuminating buildings, ringing church bells and lighting your own candle in a national moment of unity and remembrance." 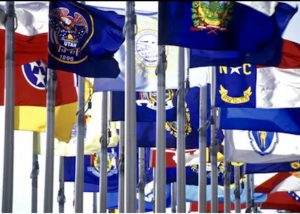 Field of Flags
National Mall up to 13th Street
An extensive public art display on the National Mall that will include approximately 191,500 U.S. flags of varying sizes, including flags representing every state and territory, and 56 pillars of light. The Field of Flags will represent the American people who are unable to travel to Washington, DC.

Donations to the display will go to a list of 22 charitable organizations, including nonprofits working to provide food, help struggling youth, protect access to education, and assist senior citizens.

Swearing in Ceremonies
11:30am ET: West Front of the US Capitol
*Order and Times TBD 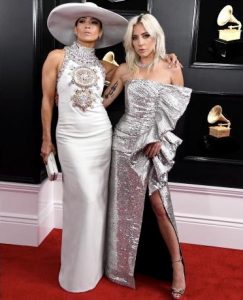 Outgoing Vice President Mike Pence is expected to attend, but outgoing President Donald Trump will not, making him the first living president to miss his successor's inauguration since Andrew Johnson in 1869.

Also socially-distanced on the stage: The families of the President and VP, congressional leadership, the chairman of the National Governors Association, and senior diplomats. Members of Congress and other dignitaries will be seated on the grounds below.

Pass in Review
1:00pm ET: East Front of the Capitol
In the traditional military ceremony, the President, First Lady, Vice President and Second Gentleman, hosted by the Commander of Joint Task Force-National Capital Region, will review the readiness of the troops, represented by every branch of the military. 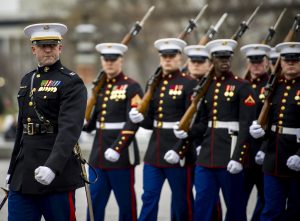 The escorts include The U.S. Army Band, a Joint Service Honor Guard, and the Commander-in-Chief's Guard and Fife and Drum Corps from the 3rd U.S. Infantry "The Old Guard." 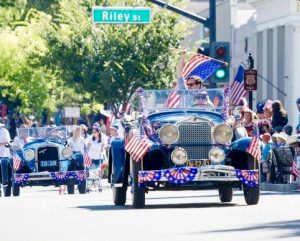 President Biden, Vice President Harris and their spouses will be joined in a ceremony by President Barack Obama and Michelle Obama, President George W. Bush and Laura Bush, and President Bill Clinton and Secretary Hillary Clinton.

Virtual Parade Across America
3:00pm-5:00pm ET
The parade will celebrate America's heroes, highlight Americans from all walks of life in different states and regions, and reflect on the diversity, heritage, and resilience of the country as we begin a new American era. 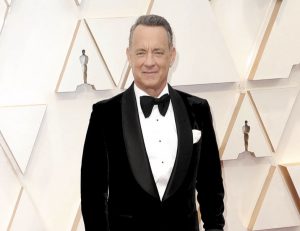 The program will celebrate American heroes who are helping their fellow Americans through this crisis, including frontline workers, health care workers, teachers, citizens giving back, and those who are breaking barriers.

"We have witnessed countless heroes this past year step up to the frontlines and serve their fellow Americans, so we are telling their stories, spreading their collective light, and celebrating the best of our country and its people," said PIC CEO Tony Allen.

President Biden and Vice President Harris will speak during the program, which will celebrate "the diversity of America, the resilience of American democracy, and the unity of the American people."

September 24, 2019 The Democratic National Committee (DNC) has announced the new requirements for the fifth Democratic primary debate in November, upping the ante once again for those hoping to...

DemDaily: In Their Own Words

Wheels Down Atlanta! DemList is on the ground at the DNC Winter Meeting and will be bringing you up-to-the-minute developments as they unfold over the next 48 hours.