Public hearings in the US House of Representatives' impeachment investigation of President Donald Trump are scheduled to get under way next week, marking a new phase in the proceedings.

Timeline
September 24, 2019: Speaker Nancy Pelosi announced that the House was launching an impeachment inquiry into the actions of President of the United States Donald Trump.

House impeachment investigators issue subpoenas to the White House for documents related to Ukraine. They also issue subpoenas for senior administration officials and Trump associates, most of whom refuse to comply, including US Secretary of State Mike Pompeo and Rudy Giuliani. 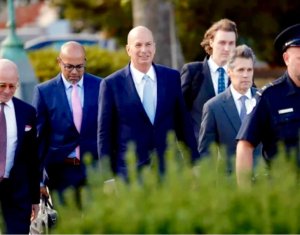 October 8, 2019: The White House informs House Leadership that it will not cooperate and the administration seeks to block witnesses from testifying.

October 10, 2019: Two of Rudy Giuliani's Ukraine contacts were arrested on charges of violating campaign finance laws by funneling money into the US elections. The two men, Lev Parnas and Igor Fruman, also facilitated Giuliani's introduction to Ukrainian officials who pushed for the corruption investigation against the Bidens.

October 11-30, 2019: Democratic and Republican House members on the Intelligence, Foreign Affairs and Oversight Committees, heard over 100 hours of closed-door testimony from over a dozen of the administration's top security and foreign policy advisors. Several of those were on the phone call between Trump and Ukraine President Volodymyr Zelensky, which triggered the whistleblower scandal.

Also included was US Ambassador to the European Union Gordon Sondland, who is mentioned in the whistleblower complaint, and who had previously been blocked by the State Department from testifying.

The Committee issues additional subpoenas for senior administration, intelligence and security officials. Included on the ever-expanding list is Charles Kupperman, who was on the July 25th Trump-Yelensky call. Kupperman served as a deputy to former National Security AdviserJohn Bolton (fired September, 2019), and then as Acting National Security Adviser for eight days before resigning himself. 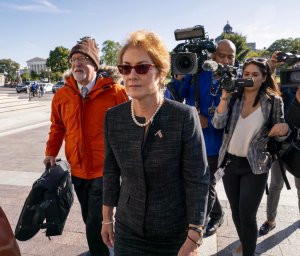 November 4-8, 2019 : The House continues its closed-door testimony. At least seven witnesses scheduled to testify before the Committee refuse to comply.

House leadership had hoped to conclude the public fact-finding hearings by Thanksgiving, but with the current schedule, and court challenges to key testimony, a final impeachment vote may not take place before Christmas -- taking it into the presidential election year.