The death of a former United States President is a reminder of the magnitude of the office and the impact of its occupants on history and its citizens.

George Herbert Walker Bush passed away last Saturday, leaving behind a legacy benefiting the dignity of the office he held as our country's 41st President. 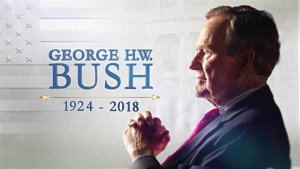 He was a man Democrats fought vehemently against in 1988, when he defeated Michael Dukakis to become the first incumbent vice president in 152 years to be elected president, and in 1992, when he was unseated by Bill Clinton.

But whatever the political differences, the memory of George H.W. Bush's life and character this week provided welcome reflection on those who have represented our country with respect, honor, compassion and a commitment to the betterment of its people.

For the reminder, and the dedicated service to our country, we are grateful. 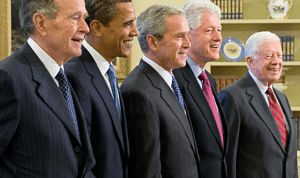