An extraordinary thing happened on Sunday. It was so magnanimous that it temporarily took over the national headlines and, for a moment, simultaneously inspired and regrounded us in the issues of true importance to everyday Americans.

At graduation ceremonies for Atlanta's Morehouse College, a historically black college (HBCU), commencement speaker and billionaire investor Robert Smith announced that he would pay off the student loan debt for the graduating class.

Smith, who was receiving an honorary degree himself, challenged the graduates, "Now, I know my class will make sure they pay this forward ...let's make sure every class has the same opportunity going forward because we are enough to take care of our own community. We are enough to ensure we have all the opportunities of the American dream." 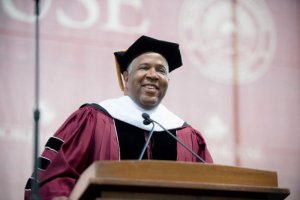 The Price of Education
The strong US economy touted by President Trump does not appear to be spilling over into the coffers of students, who continue to carry a heavy load under the current cost of education.

A recent #RealCollege Survey by The Hope Center, of 86,000 students from 123 institutions, showed students are suffering the consequences. 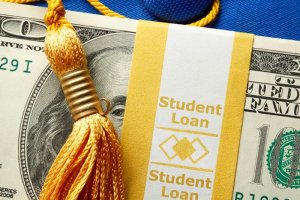 The Gift of Education
Smith's gift to the 396 graduating Morehouse seniors, whose annual tuition and fees come to an average of $25,055, may add up to $40 million.

Smith, 56, is an entrepreneur and founder and chief executive officer of Vista Equity Partners, a private equity firm headquartered in Austin, Texas, with $56 billion under management in software, data, and technology companies.

Rated by Forbes as the wealthiest African-American in America, with an estimated net worth of $5 billion, Smith has donated millions to education, cancer research and the arts.

In 2017, he and his wife, Hope Dworaczyk Smith, signed the Giving Pledge, with a commitment to focus on causes that support equality for black Americans, the environment and children.

The giving pledge is a project led by billionaires Warren Buffett and Bill and Melinda Gates to persuade wealthy Americans to donate half of their fortunes.

The Future of Education
Last month Education Secretary Betsy DeVos released proposed changes to the Higher Education Act, which include reducing the number of federal loan repayment options and capping the amount of student loans that parents and graduate students may obtain. 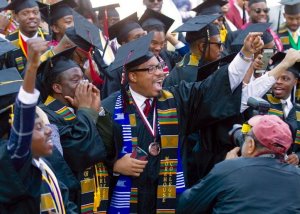 Most of the proposals on student debt by the Democratic presidential contenders take it much further.

They range from reduced loan rates and overhaul of the public loan forgiveness program, to elimination of some or all student debt, to free tuition.

In all reality, true reform of our education system, for students and for educators, will not be determined until after the 2020 presidential election.

In the interim, we can be thankful for the Robert Smiths of the world, and do our own part to pay it forward.

Read Where the Presidential Candidates Stand on Student Loans Debt