When the House Judiciary Committee announced articles of impeachment against President Donald Trump for abuse of power and obstruction of Congress, there was a notable absence of direct charges from the two-year Russia probe by Special Counsel Robert Mueller.

Although the articles reference Trump's "previous invitations of foreign interference in United States elections," in showing a pattern of behavior, Democrats decided to focus just on the Ukraine-Trump corruption scheme to better ensure a swift impeachment process.

Mueller declined to offer "a traditional prosecutorial judgement" on obstruction charges against Trump due to the Department of Justice's (DOJ) Office of Legal Counsel's (OLC) opinion that "a sitting President may not be prosecuted." He was clear in stating, however, that "while this report does not conclude that the President committed a crime, it also does not exonerate him." 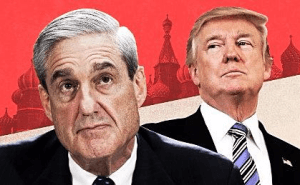 After allegations of improper investigative conduct by the FBI's then-Assistant Director of Counterintelligence Bill Priestap prompted an investigation by the DOJ Inspector General's office into the FBI's legal methods in the Mueller probe.

Since DOJ Inspector General Michael Horowitz opened the probe dubbed "Crossfire Hurricane" nineteen months ago, his office has reviewed more than one million records and conducted more than 170 interviews, including those alleged by the Trump administration to be part of a "deep state" conspiracy.

On Monday, December 9th, Horowitz's report was released, finding that the FBI's Russia probe, which began in advance of the 2016 election and put in motion the Mueller probe, was justified and untainted by political bias against Trump. 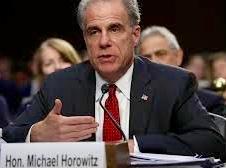 Horowitz's testimony today offered the Senate Judiciary Committee, controlled by the GOP, the last opportunity to extract new evidence which would cast doubt in the public's mind as to the legitimacy of the impeachment campaign against the President.

The Witness
Michael Horowitz, Department of Justice Inspector General
After graduating from Harvard Law School, Horowitz clerked for a US District Court Judge before working in the private sector for law firm Debevoise & Plimpton. From 1991 to 1999 he served as an Assistant U.S. Attorney for the Southern District of New York, followed by three years at the Department of Justice (DOJ), first as a Deputy Assistant Attorney General, then as Chief of Staff.

In 2002 he returned to private practice as a partner at Cadwalader, Wickersham & Taft, while also serving a six-year, Senate-confirmed term as a Commissioner on the US Sentencing Commission. Horowitz was again confirmed by Senate on April 16, 2012, when he was sworn in as DOJ Inspector General (IG). He also serves as Chair of the Council of the Inspectors General on Integrity and Efficiency (CIGIE), an organization comprised of all 73 federal Inspectors General.

As IG, Horowitz oversees a workforce of 450+ special agents, auditors, inspectors, attorneys and staff whose mission is "to detect and deter waste, fraud, abuse, and misconduct in DOJ programs and personnel."

The Highlights
Horowitz was adamant in the findings of his 434-page IG Report that the FBI had legitimate reasons for opening the Russia-Trump investigation. However, it was the Investigator General's finding of 17 significant errors or omissions by FBI investigators regarding their surveillance operations that was the focus of Republican scrutiny.

Although Horowitz was critical of the "basic, fundamental and serious errors" committed by the FBI in some of the submissions, he concluded they were not intentional and did not affect the investigation's outcome. 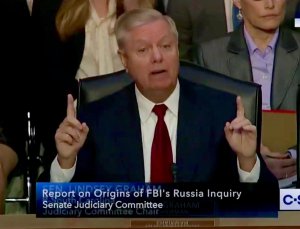 Key among the errors cited by Horowitz was his faulting of the FBI for exclusion of pertinent information in the Foreign Intelligence Surveillance Act (FISA) warrant for investigation of Trump aide Carter Page, who was a key witness in the Mueller probe.

Republican committee members also zeroed in on use of the "Steele Dossier' as part of the evidence submitted to the court as probable cause to suspect Page was an agent.

Horowitz testified that, prior to its publication, he submitted the IG's Report to Attorney General William Barr and discussed its findings with Connecticut US Attorney John Durham, Barr's designated point on the investigation. Despite his attempts, Durham was unsuccessful in changing the inspector general's opinion that the FBI had a valid reason to open the Russia probe in July of 2016.

On Monday, FBI Director Christopher Wray issued a statement recognizing the IG Report's findings that "the FBI's Crossfire Hurricane investigations...were opened in 2016 for an authorized purpose and with adequate factual predication."

Wray also embraced "the need for thoughtful, meaningful remedial action" in review of certain agency policies and has "ordered more than 40 corrective steps to address the report's recommendations," and will "take "appropriate disciplinary action if warranted."

President Trump and AG Barr wasted no time in attacking Wray and Horowitz.

Barr has directed Durham, who also publicly criticized the report, to open their own investigation.

On the comments, Horowitz reiterated, "we stand by our finding" that there was no bias or politically-motivated conspiracy to hurt the President.

Barr's ongoing criticisms of his own intelligence community in order to appease the President has further damaged his credibility among law enforcement officials. 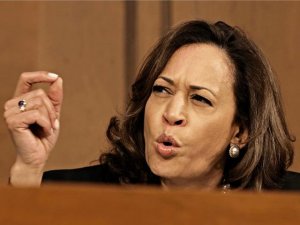 Senator Kamala Harris (D-CA) opened up a new door when she reminded Horowitz, "You have the power and the duty to investigate misconduct committed by the Attorney General of the United States, who is doing the bidding of the President to undermine our intelligence community. I trust you take that duty seriously."

Horowitz: "I do, and I'd just like to add, that under the law, in the Inspector General's Act, it carves out for my authority, the ability to look at misconduct by department lawyers ... all the way to the top to the Attorney General."

A markup is the process by which Congressional committees debate and amend legislation before voting it out of committee to the full House. While Democrats, who control the House, are not planning to propose any changes, Republicans can be expected to make last ditch attempts to water down the two articles.

On Thursday morning, December 12th, the Judiciary Committee will meet at 9:00am to continue their debate and vote on sending it to the full House for a vote next week.