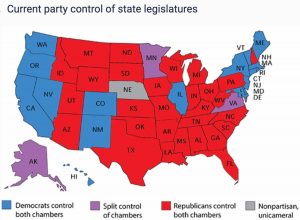 State legislative battles may not be at the forefront of the focus going into the midterms, but their significance is no less important in the frontline fight for democracy.

In reality, state legislatures pass the policies that have the biggest impact on Americans’ day-to-day lives. They dictate your freedom to vote, the quality and affordability of your health care, education, civil rights and, as we know all too well, whether you have access to reproductive care,

In addition, in approximately 35 states, the legislature has primary control of the redistricting process, the decennial redrawing of congressional and legislative districts that determine the geographic and political balance of power in individual states for the subsequent decade.

State Control
Although the GOP leads substantially in overall chamber control, with 62 chambers to Democrats' 36, the margin narrows significantly when calculating the actual seats held, with Republicans controlling 54.10% to Democrats' 44.32% nationwide. One chamber, the Alaska House, is organized under a multipartisan, power-sharing coalition. 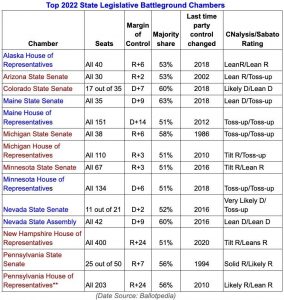 Those numbers boost Democratic hopes of either flipping control or increasing their representation in a dozen close chambers.

The Landscape
The last four years have witnessed little change in party control of legislatures.

2018: In the last midterms, Democrats flipped 6 of the 87 chambers holding elections -- in the Colorado, Maine, New Hampshire and New York State Senate, and the New Hampshire and Minnesota State House. Republicans made no gains but entered into a power-sharing agreement with the previously Democrat-controlled Alaska State House.

2019: Virginia flipped both its House and Senate blue, giving Democrats a trifecta in that state. Among the five other chambers up for election, Democrats held onto their majority in the New Jersey General Assembly, while Republicans consolidated their majorities in the Mississippi State Senate and State House.

2020: Of the 86 chambers in 44 states that held legislative elections, only the New Hampshire Senate and House flipped -- moving back to Republican control.

2021: When just three chambers were up, New Jersey Democrats held onto their majorities in the State Senate and General Assembly. In Virginia, however, Republicans flipped the House of Delegates, along with the governorship. 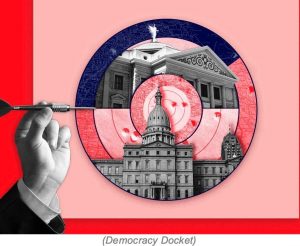 Democrats are focused on defending their majorities in Colorado, Maine, Minnesota and Nevada, while Republicans have prioritized their razor-thin majorities in states like Arizona, Michigan, and New Hampshire.

Other targeted efforts may be concentrated on preventing the opposition from achieving a supermajority or countering the veto power of a governor whose party is different from that of the legislature.

All are critical to the outcome of the 2024 presidential election and organizations are pouring funding into key swing states in record numbers.

The Democratic Legislative Campaign Committee (DLCC), an arm of the DNC, has brought in an unprecedented $47 million to date for the cycle. Two outside groups, the States Project and Forward Majority, have collectively spent double that amount in targeted states, including in Pennsylvania, Michigan and Arizona.

Republicans, who have long championed investments in control of state legislatures, are also breaking fundraising records. The Republican State Legislative Committee (RSLC) has raised over $71 million. 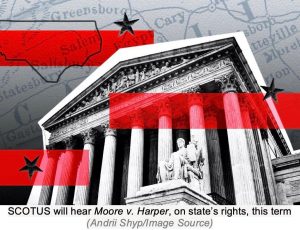 The gains of this cycle are also significant as the US Supreme Court is set to hear a case this term that could radically expand the power of state legislatures, upping the stakes for both sides.

The outcome of Moore v. Harper, a fight over partisan gerrymandering in North Carolina, could give a fringe legal doctrine known as the 'independent state legislature theory' new legitimacy.

It argues that the US Constitution gives state legislatures near total control over running federal elections, overriding both state constitutions and state courts. In an extreme scenario, the theory could be used as justification for a legislature to refuse to certify the results of a presidential election and instead select its own slate of electors.