The longest federal government shutdown in US history is already a footnote amidst the firestorm of Trump controversies, but its devastating impact to those hardest hit - federal contractors - continues. 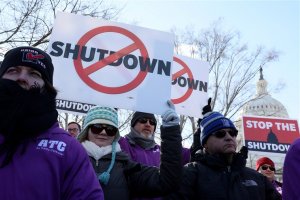 December 22, 2018
Following an impasse in budget negotiations with Congress over his demand for $5.7 billion in funding for a wall at the US-Mexico border, President Trump forced a partial shutdown of the government -- the third since he entered office.

Democrats have long balked at funding the wall, one of Trump's key campaign promises and a core component of his anti-immigration policy.

While Congress and Trump approved five bills providing funding for Defense, Education, Energy, Labor, Health and Human Services, the legislative branch and Veterans Affairs, funding and services under nine US departments and other agencies were not funded.

Over 800,000 federal employees were forced to go on unpaid leave or work without pay, stopping or significantly affecting delivery of critical government programs.

While Congress has routinely supported providing back pay to federal workers during a shutdown, it has not compensated federal contractors for their lost wages. 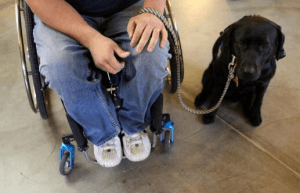 2,000 federal contract employees with significant disabilities, working with the AbilityOne Program, were directly impacted by the partial shutdown

Contractors are paid directly by third-party companies and when those companies aren't paid, they are unable to pay their workers.

January 3, 2019
The new 116th Congress was sworn in and Democrats, having flipped 40 seats in the midterms, took control of the US House of Representatives. 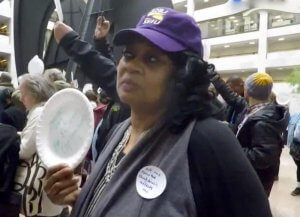 Contractor Faye Smith,"The hardest thing for me was not having the money to look out for my grandbabies when they needed me."

It would also restore annual leave for the relevant contractors who were forced to use it during the shutdown. Congresswoman Ayanna Pressley (D-MA) introduced H.R. 678, a companion bill in the US House.

The Washington Post reported that an estimated 10,000 companies hold contracts with the federal government, representing $200 million a week in value. The US government as a whole employs around 4.1 million civilian contractors, nearly twice the number of federal civilian employees. 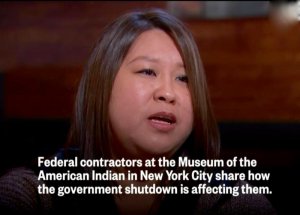 January 25, 2019
On Day 35, following the partial-closure of some of the country's busiest airports, the President was forced to succumb to a temporary deal to reopen the federal government.

He threatened, however, that if his wall funding was not secured by February 15th, then he would take adverse action.

In the subsequent three weeks of negotiations, backpay for federal contractors proved a point of contention for the White House and Senate Majority Leader Mitch McConnell (R-KY). 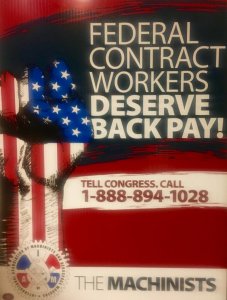 It is a well-known fact that Trump routinely refused to pay contractors during his career as a businessman. "I guess federal contractors are different in his view than federal employees," said Senator Roy Blunt (R-MO).

January 28, 2019
Congressmen Donald Norcross (D-NJ) and Chris Smith (R-NJ) introduced H.R. 824, the bipartisan Fairness for Federal Contractors Act of 2019, which would ensure back pay is granted to allimpacted federal contract workers (up to $35 per hour).

The legislation was endorsed by the AFL-CIO, the country's largest federation of labor unions.

February 14, 2019
Congress passed a deal with President Trump to avoid another government funding lapse, but the bill did not include any retroactive financial relief for the hundreds of thousands of government contractors. 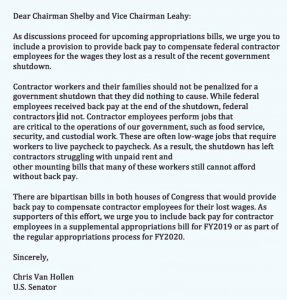 The legislative remedies proposed in the House and Senate have been referred to committees, with no pending floor vote.

In total that is more than twice the cost to the taxpayers of the $5.7 billion requested by President Trump for the border wall.

The consequences of the shutdown were catastrophic, for the nation's economic stability, infrastructure and security, and brought home daily reminders of the calamitous effect on everyday Americans who rely on, and serve in, our federal government.

September 9, 2020 Tuesday’s New Hampshire and Rhode Island state primary elections were among the last on the election calendar, and in two states with very different political environments...