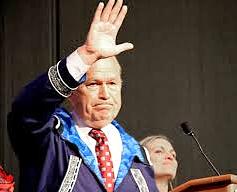 In a surprise announcement Friday, Alaska Governor Bill Walker dropped his bid for re-election, and threw his support to Democrat Mark Begich over Republican Mike Dunleavy.

Walker, who is an Independent and the only US Governor not associated with a major political party, first won office in 2014 with Democratic support. But recent polls showed Walker by as much as 17 points in a head-to-head match up with Dunleavy, a former State Senator.

By comparison, Begich, a former US Senator, trailed Dunleavy by just 7 points in an October 12-14 Alaska Research Survey poll. 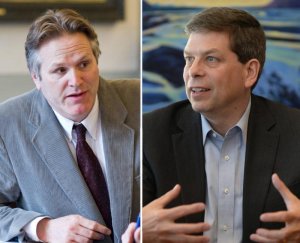 The announcement also came just three days after Walker's running mate, Democratic Lt. Governor Byron Mallott, stepped down from both his office and his re-election campaign following undisclosed "inappropriate comments" he made to a woman.

With now two weeks left until the election, and with more than 23,000 absentee ballots already mailed to voters, it is too late to remove both Walker and Mallott's name from the November 6 general election ballot.

How the complications will play out in the minds of voters is unclear, but Walker's support for Begich boost the race into the true "toss up" column and Democratic hopes for another in the win column.

Top Governors Contests
Of the 26 Republican seats up, 11 are considered Toss Ups or leaning toward Democratic victories. By comparision, in the nine Democratic seats up, two, including Alaska, are in the Toss Up category, and one leaning Democrat.

October 14, 2021 The Nobel Prizes were awarded this week, recognizing groundbreaking contributions by an individual or organization in the fields of Physics, Chemistry, Physiology or medicine...