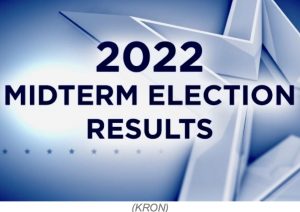 The final results of the 2022 elections are in! When lawmakers take office in January, the balance of power will stand as follows:

US Senate: 51 Democrats to 49 Republicans
(Includes three Independents who caucus with the Democrats)

With incumbent Senator Raphael Warnock's victory over GOP challenger Herschel Walker, 51.4% to 48.6% in the December 6th US Senate runoff, the Democrats now have outright control of the US Senate.

Most significantly, they now have majority control of committees and a pathway to passing future legislation under the Biden agenda. 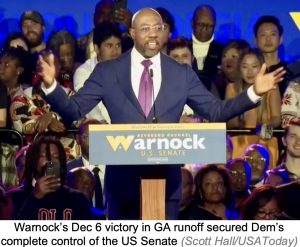 US House: 213 Democrats to 222 Republicans
Although Republicans won control of the US House, Democrats defied the historical headwinds against the party in the White House during midterms, losing less than a dozen net seats. This means the chamber will be up for grabs again in two years. 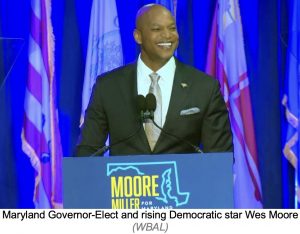 State Secretaries of State: 22 Democrats to 25 Republicans
Of the country’s 47 Secretary of State offices, 27 were up for election and eight offices’ appointment authorities were on the ballot. 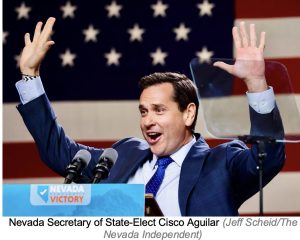 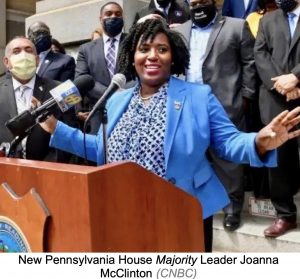 State Legislatures: Democrats 40 to Republicans 57
State Democrats made history this election: for the first time since 1934, the party controlling the White House did not lose a single state legislative chamber.

Flipped: Of the 88 of the country's 99 state legislative chambers that held elections on November 8, Democrats held all 36 of their current chambers and flipped an additional four.

In flipping the Michigan State Senate and House, and the Minnesota State Senate, Democrats secured a trifecta in both states. In the last undecided contest, Democrats prevailed in flipping control of the Pennsylvania State House with 102 to Republicans' 101 seats.

Democrats also maintained their majorities in Colorado, Maine and New Mexico and won a supermajority in the Vermont State House and Nevada State Assembly, while preventing Republicans from gaining veto-proof supermajorities in the North Carolina and Wisconsin state legislatures.

Republicans maintained their narrow majority in Arizona and New Hampshire's House and Senate.