The election may have been held November 6th, but the daily drama of undecided races has kept the final results hanging in the balance through this past weekend. 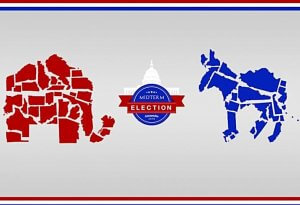 With just a few races still undecided, the (near) final tally on the 2018 midterms can now be projected.

In a resounding rejecting of the President and his policies, Democrats flipped the US House, seven key governors' seats, and legislative chambers critical to the 2021 redistricting fight.

Victories in major battleground stateswhich Trump won in 2016, laid the groundwork for Democratic gains in 2020, including Michigan, Pennsylvania and Wisconsin.

While the elections also produced heartbreaking losses in Florida, Georgia and Texas, the Democratic turnout and demographic shift among voters also bodes well for future prospects of flipping the red states blue. 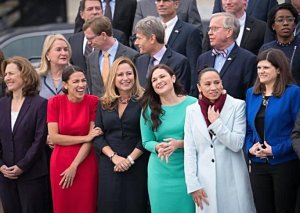 *  Asian American Congressman: New Jersey's first with Andy Kim (NJ-3)
*  Democratic women in the House: Currently 106, the largest in history and an increase from 78. Republican women in the House decreased from 29 to 19. 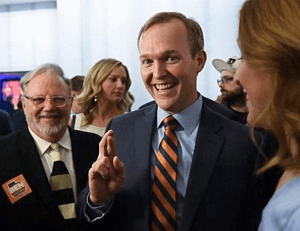 Undecided
Utah 4: Incumbent Republican Mia Love leads Democrat Ben McAdams 50.3% to 49.7% with 1,516 separating them. Thousands of votes remain outstanding in Salt Lake County, where McAdams has so far captured a majority of votes.

THE SENATE
Current Count: 47 Democrats to 52 Republicans
Undecided: One 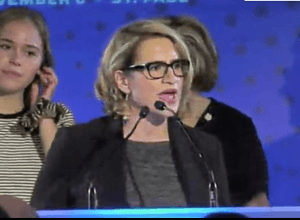 Highlights
36 Governors' races were up in the midterms, with Republicans defending 26 seats to Democrats' nine.

Democrats won 16 seats, flipping seven -- the most gubernatorial seats flipped by any party since 1994.

While Dems expanded their count of female governors from two to six, hopes for the first African American female Governor, Georgia's Stacey Abrams (D), were dashed Friday with her concession to Republican Brian Kemp. The contest witnessed the country's most bitter recount and legal battle following widespread allegations of voter suppression under Kemp, who oversaw most of the process as Secretary of State. 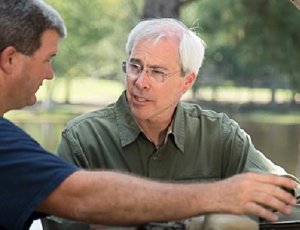 There will, however, be a Runoff Election for Georgia Secretary of State between Democrat John Barrow and Republican Brad Raffensperger on December 4th.