The presidential field has shifted again, with more departures and at least one newcomer to the game.

Former New York City Mayor Michael Bloomberg appears to be poised to throw his hat into the ring after filing for the Alabama primary. Although the "Heart of Dixie" state's primary is not until March 3, 2020, its November 9th filing deadline is the earliest for formally entering the race. 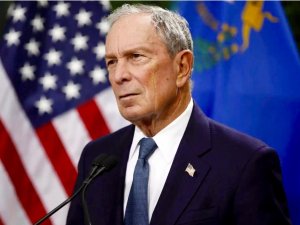 This is not Mr. Bloomberg's first brush with running for president, who publicly explored a candidacy in 2008, 2012 and 2016. This is the first time, however, that the 77 year-old billionaire has actually filed his candidacy.

Background
A native of Medford, Massachusetts, he graduated from Johns Hopkins University with a B.S. in Electrical Engineering and from Harvard Business School in 1966.

After working at Wall Street giant Salomon Brothers, Bloomberg started Innovative Market Systems in 1982 with Merrill Lynch as its first client and a major investor.

Although a lifeling Democrat, he switched his party registration to Republican to run successfully for Mayor in 2001, succeeding Mayor Rudy Giuliani, who was term-limited. He was re-elected to a second term in 2005, and again in 2009, as an Independent.

Bloomberg's tenure as the Big Apple's Mayor received generally favorable reviews. At the end of his three terms, the New York Times said "New York is once again a thriving, appealing city where ... the crime rate is down, the transportation system is more efficient, the environment is cleaner." 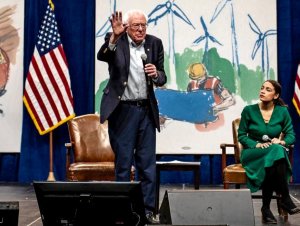 Bernie Sanders: "Tonight we say to Michael Bloomberg and other billionaires: Sorry, you ain't going to buy this election" (Jordan Gale/NYT)

In October of 2018, Bloomberg officially changed his political party affiliation to Democratic.

On The Issues
Bloomberg is considered a political pragmatist who is socially liberal on most progressive issues and a moderate on economic and foreign issues.

He is a supporter of abortion rights, same-sex marriage, gun control, climate change and a pathway to citizenship for illegal immigrants, but takes a more conservative, pro-business stance as an advocate of free trade and as a self-described fiscal conservative. His support of the "stop and frisk" crime policy as Mayor also drew controversy.

The businessman, politician, author, and philanthropist has maintained a very public profile since leaving office, launching Americans for Gun Safety in 2014 with a $50 million dollar investment.

In the 2018 midterms, Bloomberg invested $80+ million to support flipping control of the Republican-controlled House to Democrats.

2020
Although in March of this year, Bloomberg announced that he did not plan to run for president in 2020, his purported concerns about the viability of the current field and a candidate who can beat Donald Trump, appear to have reversed that course.

Although his decision is not final, his filings in Alabama, and in Arkansas today, have set off alarms that he could dilute support among the more centrist candidates, including Joe Biden and Pete Buttigieg. 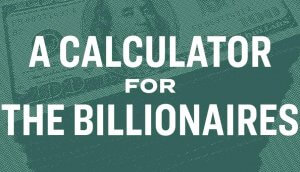 His entry could also boost the candidacies of leading progressives Elizabeth Warren and Bernie Sanders, whose Medicare For All plans Bloomberg has criticized.

Although a lack of political infrastructure in the field makes a bid very difficult, his extreme wealth instantly makes him a viable contender. That being said, fellow billionaire Tom Steyer, also a late entry to the race, has been unsuccessful in garnering support for his candidacy, despite spending $47 million in his first three months.

"It's gonna be very, very difficult for him to jump in right now and somehow replace the thousands of conversations (with)... voters in New Hampshire and Iowa and around the country with ad buys... There are limits to what money can do... I think he's going to have his work cut out for him." -- 2020 Candidate Andrew Yang to CNN

Today marks the 50th anniversary of the death of legendary civil rights leader Dr. Martin Luther King, Jr. One of history’s most significant visionaries and voices, he was struck down by an...