By all accounts Hillary Clinton hit it out of the ballpark with her foreign policy speech on Thursday, which doubled as an indictment of Donald Trump's policies - or lack thereof.

The former Secretary of State took on an uncharacteristically aggressive persona, releasing a 34-point "evisceration" of the presumptive Republican nominee. 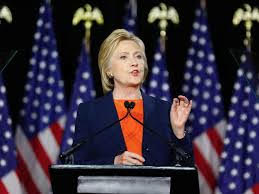 Clinton used Trump's own "dangerously incoherent" words to underscore the threat his presidency would pose to global security and relations.

"This is not someone who should ever have the nuclear codes because it's not hard to imagine Donald Trump leading us into a war just because somebody got under his very thin skin."

"I will leave it to the psychiatrists to explain his affection for tyrants."

"He says he doesn't have to listen to our generals or ambassadors because he has -- quote -- 'a very good brain.' He also said, 'I know more about ISIS than the generals do, believe me.' You know what? I don't believe him."
"He says he has foreign policy experience because he ran the Miss Universe pageant in Russia." 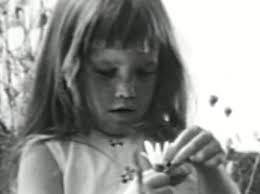 "He praised China for the Tiananmen Square massacre -- which Donald described gleefully, like he was recapping an action movie."

"The stakes in global statecraft are infinitely higher and more complex than in the world of luxury hotels."

"Imagine if he had not just his Twitter account at his disposal when he's angry, but America's entire arsenal."
"Now imagine Donald Trump sitting in the Situation Room, making life-or-death decisions on behalf of the United States."
We would rather not ...
DemList
Connecting you to The Party
Connecting you to Each Other
Kimberly Scott
Publisher
Check out the DemList Convention Calendar, the free central source for all events and updates at the Democratic Convention July 25-28 in Philadelphia.

DemDaily: Back in the House

April 16, 2021 It has been a rough year, but Democrats are back in the house, and our country and its citizens are on the road to recovery. Throughout all, we have endeavored to keep you updated...