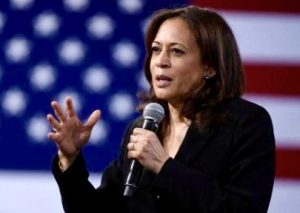 Harris: "This is about all voters. Not about Democrats or Republicans, but Americans" (YahooNews)

Last week, Vice President Kamala Harris announced a dramatic $25 million expansion of the Democratic National Committee's "I Will Vote" initiative to support efforts to protect voting access ahead of the 2022 midterm elections.

The announcement comes as Republican-controlled state legislatures across the country have passed a wave of restrictive voting rights laws aimed at suppressing minority and underprivileged voters' right to vote.

So far this year, 17 states have enacted 28 new laws that restrict access to the ballot box, and another 400 similar bills have been introduced across 48 states.

"With this $25 million," said Harris, "Democrats are investing in the tools and technology to register voters, to educate voters, to turn out voters, to protect voters...We are going to assemble the largest voter protection team we have ever had, to ensure all Americans can vote and have your vote counted in a fair and transparent process." 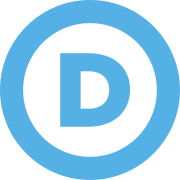 I Will Vote: Key Components
Voter Registration: The "I Will Vote" expansion will include millions in funding, including with partners, to register voters from particular backgrounds who have been targeted with difficult registration requirements, or where states have made it more difficult for nonprofit organizations to be involved.

Voter Protection: The initiative will fund the largest Voter Protection team ever assembled at the DNC, using litigation as a tool to protect voters and to support our democracy. For the first time that will include state-level coverage and analytics capacity.

The team will continue its successful record of using the courts to ensure access to the polls, defend the rights of voters, and mitigate election laws that disproportionately affect people of color. In the wake of the 2020 election, they will also work to defeat challenges to the validity of the election.

Voter Education: Millions will go into television and digital advertising, especially digital communications, to better educate voters on how to register and where and when to vote.

To reach new and younger voters and diverse constituencies, the DNC will partner with social media creators across platforms such as Facebook, Instagram and TikTok to highlight what President Biden and Democrats have achieved, and what they can do to help elect Democrats up and down the ballot. 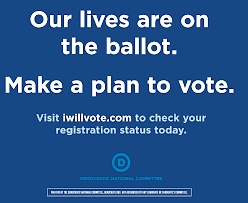 Tools and Technology: "I Will Vote" will fund the largest tech operation in the Party's history. The team will use data and other tools to identify and contact voters affected by suppression efforts and voter roll purges, to ensure that all eligible voters have the information they need to cast a ballot. Staff will also focus on re-engaging voters who have been moved to inactive lists or removed from voter rolls.

The massive investment builds on DNC's initial $20 million commitment to the initiative.

In May, DNC Chairman Jaime Harrison also announced a $23 million investment in its state parties and grassroots infrastructure. The 50 state and seven territory plan also created a "Red State Fund," which includes $2 million in direct investments and grants to compete in historically red states.