In the last six weeks, President Donald Trump has fired five independent Inspector Generals, the career employees and internal watchdogs responsible for oversight of conduct in each of the official government agencies.

Three of those were acting IGs, having replaced predecessors who were also fired or forced out of their positions by Trump for investigating or exposing the wrongdoing or mismanagement by his administration.

Just one of those firings, under any other circumstances in history, would be an explosive story in-of-itself, but under this president the actions have become standard, blending into the barrage of daily chaos.

Most media outlets have given up tracking the names of the revolving door of Trump Administration Cabinet members, senior White House Staff, advisors and senior agency officials that now have left their positions in the hundreds. Whether fired, pushed out, or resigned, most involve controversy.

While the names of the departed are too numerous to list, we have attempted to categorize them for your benefit to provide a larger picture of the departed, voids and vacancies under this administration. 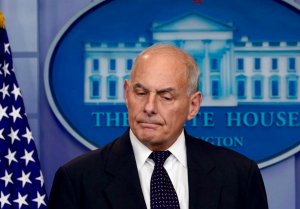 The Cabinet
There are 16 members of the President's Cabinet, including the Vice President and the heads of the 15 federal agencies.

Since Trump took office, nine of his 15 Cabinet Secretaries have resigned, been fired or resigned under pressure. A 16th, General Mike Kelly, was promoted from Director of Homeland Security to White House Chief of Staff, a position he held for five months before resigning.

The "A" Team
There has been an 86% turnover in the 65 high-level White House or senior staff departures and 38% of those have experienced multiple departures. 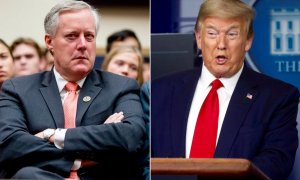 Key Appointments
Of the 1,200 positions that require Senate confirmation, approximately 755 are considered "key" executive branch appointments. In addition to those who have departed without replacements, there are the little-known number of vacancies in the administration that have never been filled.

The largest voids are in the Department of Homeland Security, responsible for protecting America's public security, where only 41% of those positions are filled, and only 48% at the Department of Justice, led by US Attorney General William Barr. The agency with the most number of key appointments filled is Housing and Urban Development, at 85%.

October 14, 2020 While the Senate Judiciary was conducting confirmation hearings this week for the US Supreme Court’s likely next jurist, the current court was delivering a victory to the...

Convention Central: DemList Weekly Round Up!

Our DemList Weekly Convention Round Up on information, events, logistics and happenings at the Democratic Convention. Speakers Announced: Released today! The headline speakers & themes for...