In the weeks since Trump was impeached, House Democrats have continued to amass additional evidence while attempting to negotiate with Senate leadership over allowing witnesses to appear in the Senate trial.

On Thursday, the Government Accountability Office (GAO) released a report confirming that the White House violated federal law in withholding the security assistance to Ukraine. 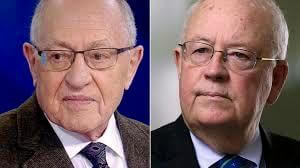 House impeachment investigators, on Friday, released new evidence of corruption from Lev Parnas, a Soviet-born Florida businessman and indicted associate of Trump lawyer Rudy Giuliani. The evidence includes incriminating texts and voicemails, as well as multiple photos with Giuliani, Trump and his family.

The Defense
Alan Dershowitz is a professor emeritus at Harvard Law School and frequent Fox news contributor who has defended or advised on many high-profile cases, including O.J. Simpson, Jeffrey Epstein and Harvey Weinstein. Dershowitz is also being sued by one of Jeffrey Epstein trafficking victims, who reported Dershowitz for sexual assault. Although he has described himself as "a loyal liberal," he was an ardent defender of Trump's during the Mueller investigation.

Kenneth Starr previously served as Solicitor General under George W. Bush, and as the hard-charging Independent Counsel in the investigations and impeachment trial of Bill Clinton. His clients in the mid-2000s included child sex trafficker Jeffrey Epstein when he was under investigation for sexual misconduct. He also served as President of Baylor University until he was forced to leave the school following harsh criticism of his handling of sexual assaults. He is a regular contributor on Fox News. 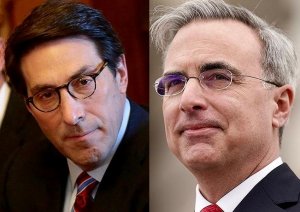 During his investigation of Clinton, Starr argued that hearing from witnesses was crucial. He will obviously be flipping his opinion for this trial, just as Trump has flipped on his opinion of Starr. In a 1999 interview Trump called Starr "a lunatic" and "a disaster...who is a total wacko... and totally off his rocker."

Pat Cipollone has been White House Counsel since taking over from Don McGahn in October of 2018. He was on Trump's legal team during the Mueller investigation, and was an advisor on Trump's 2016 presidential debates. Cipollone was connected to Trump by Conservative commentator Laura Ingraham and is godfather to one of her children. He previously served as an assistant to then-Attorney General William Barr from 1992-1993. Although ordinarily low-profile, he and Sekulow are expected to lead the defense.

Jay Sekulow is Trump's personal attorney and Chief Counsel at the American Center for Law and Justice. One of the leading attorneys on the evangelical right, he has successfully argued numerous cases before the US Supreme Court. A key Trump advisor during the Mueller investigation, Sekulow is known for his zealousness for the spotlight, is frequently on air and has a daily radio show.

Robert Ray is a New York-based private practice attorney and a regular Trump defender on Fox News. Ray was part of the Whitewater investigation of the Clintons and succeeded Kenneth Starr as Independent Counsel. Prior to that, he served as Deputy Independent Counsel investigating former Agriculture Secretary Mike Espy, and as Assistant US Attorney for the Southern District of New York. 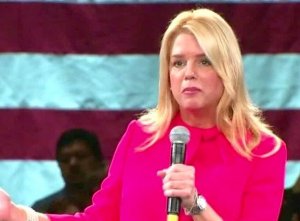 From 2011 to 2019 Bondi served as the elected Attorney General of Florida, and spoke at the 2016 Republican National Convention in support of then-candidate Trump. In 2013, as Florida AG, Bondi announced the state was considering joining a fraud lawsuit that the New York AG was filing against Trump University, but famously declined to pursue the case after Trump donated $25,000 to her reelection campaign.

Jane Raskin, is in private practice with her husband, Marty, at Raskin & Raskin. Both joined Trump's legal team in April of 2018 for the Mueller investigation. Raskin earned a reputation as a hard-nosed litigator at the Department of Justice in the early '80s as a member of the Organized Crime and Racketeering Section's Boston Strike Force. She went on to become Counsel to the Assistant Attorney General of the Criminal Division in Washington, DC, and later served as First Assistant United States Attorney for the District of Massachusetts.

Mike Purpura is Deputy White House Counsel. Before joining the Trump Administration in 2019, he was in private practice in Hawaii. He previously worked in the White House Counsel's office during George W. Bush's presidency, and in the US Attorney's office in both Hawaii and the Southern District of New York. 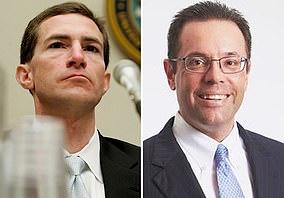 Eric Herschmann is a partner at the firm of Kasowitz Benson Torres, which has represented Donald Trump in numerous cases over the last 15 years. He previously served as President & COO at Southern Union Co. and Legal Counsel at Citibank.

The Trial
The trial begins Tuesday, January 21st at 1:00pm ET, and is expected to open with a vote on the organizing resolution that sets the rules for the trial.  Democrats are expected to advocate for immediately addressing the question of whether or not to allow witnesses, but Republicans, including key moderate swing votes, are expected to push that decision to after opening arguments.

The trial will be conducted daily between 1:00pm and 6:00pm. While Republicans are hoping for its completion by Trump's State of the Union address February 4th, it could go on for four or five weeks - the length of the Clinton impeachment trial.

Related
DemDaily: The Prosecutors 1/16/20
DemDaily: Impeachment, Pelosi and the Presidential 12/19/19